THE prime minister has decided to take a massive gamble with Britain’s health by ending all restrictions as cases are soaring. But why?

Like any tuxedo-wearing posh boy in a casino, Boris feels like Lady Luck is on his arm and he can’t lose. Because he’s never lost. Because he’s posh.

He had big plans for being prime minister and they’ve all been put on hold by this bloody pandemic. Time to get it done like Brexit. The cost doesn’t matter. Someone else will pay.

Did Churchill say we should hide in our houses until the Nazis are gone? No, and he’s the British hero who inspired an insurance dog. Are Nazis and a novel coronavirus different? Yes, but forget that.

The science sort of allows it

As Professor Chris Whitty muttered while staring at his shoes yesterday, if you squint at the science a certain way it sort of backs this up, a bit, as long as you’re prepared to accept the deaths. Which Boris is.

If Europe’s being cautious then it’s Britain’s duty to be suicidally reckless. That’s what we voted for in 2016. If this pays off we’ll have made them look right dicks.

The UK is a proud, independent nation that should do everything exactly like America does. And they’re not locking down therefore we shouldn’t. F**k Australia. Cowards.

A new British variant could conquer the world

What a boost for global Britain if the petri-dish of our nation creates a groundbreaking new Covid variant that makes Delta look like nothing. What a symbol for our buccaneering nation.

The nutters are rising

Specifically the nutters within the Tory party, who’ve had enough of fighting a virus that doesn’t even acknowledge Thatcherite free-market principles and doesn’t deserve respect.

If there’s one thing Boris knows, it’s that he’ll emerge unscathed from pretty much any massive f**k-up he cares to make and nobody will blame him. So why not?

The phrases new neighbours say that strike terror into your heart 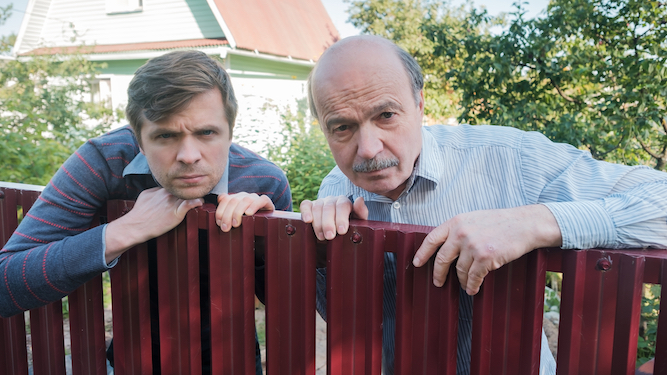 THE new neighbours have just moved in, and within minutes they’ve dropped one of these red flags into conversation. Time to move:

Wonderful. A chat and a mug of tea and you’ve been drafted into an ethnically pure subgroup. Or they’re ‘not homophobic but’ or they’ve ‘nothing against them but’. Why can’t people like this all live on an island of prejudice and intolerance so we don’t have to share space with them? Actually maybe they do.

‘Our son’s a talented drummer’

So talented, in fact, that they left their last house because of a noise abatement order. And as you live in a semi with paper-thin walls you’ll soon find out whether their son is the next Dave Grohl or uses drumming as a form of ADHD therapy.

‘You’re invited to all our parties’

The old quid-pro-quo of ‘We’re going to have all our mates round getting hammered until dawn, and because you were here sipping a warm lager at 8pm you legally can’t complain’. The road will be so clogged with their cars so you’ll have to park two streets over.

‘Nigel should have been knighted’

Ah. The Gammons live next door. Expect lively lectures over the garden fence about Brexit, those w***ers in Brussels, and how foreigners are stealing our fish. You face a hard choice – keep quiet and be embraced as a fellow Gammon, or engage in debate and be branded as ‘that Remoaner knob next door’.

‘I tinker with cars a little’

Within the week there’ll be an old Jaguar jacked up on their drive. Within a fortnight bits of its engine will be strewn around the lawn, along with two or three motorbikes. Within three weeks, the area will resemble the set of Scrapheap Challenge.

A gauntlet thrown down, inviting you not to fail like their previous neighbours. But you will. When they burn tyres at 11pm on a Saturday and you mention it the next day, you become those bastards of legend.