TWO adult humans have discussed grammar schools from opposing perspectives without either of them going off in a massive strop.

Tom Logan and workmate Mary Fisher talked about selective state schools, during which both sides of the argument were highlighted without anyone being called a Tory dickbag or lefty Pinko gimp.

Logan said: “Maybe it’s not a bad thing, at least it’s better than the existing system where middle class people just buy all the houses near a sought-after school.”

Fisher, instead of calling him a ‘Torygraph twat arse’, countered that it might not work that way: “Wealthy people will spend loads on tutors so that their kids pass the entrance exam. Surely a better situation would be if all schools were good.”

Rather than throwing his cup of tea, Logan said: “Yes. But it has never seemed to work like that, and nowadays people who went to private school seem to run everything like never before, even most grime MCs went to Eton.

“I honestly think that something needs to be done, perhaps this is the best solution even if it is flawed.”

At this point Bradford did not get in his face about ‘entrenching privilege’, but said: “Personally I had a negative experience at a grammar school, however it is a complicated matter and not just about me. I respect your different but reasonable and honestly-held views on this sensitive topic.” 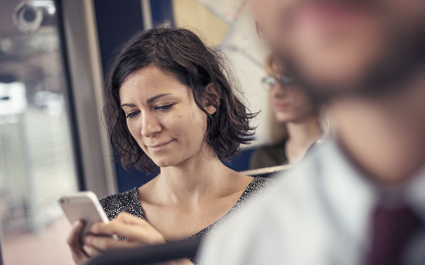 A WOMAN has made sure to mention that she’ll be on holiday when answering a friends event invite on Facebook.

Donna Sheridan was invited to her friend Emma Bradford’s ‘Let Hope It Doesn’t Rain BBQ Fun’ at the end of the month, and instead of simply saying she could not come she made sure to say why.

Sheridan said: “Would absolutely love to come Emma but, sadly will be cruising around the Caribbean then.

“We’ve got the most amazing villa booked and it’s all drinks and food included. It’s going to be great.

“Really do wish we could be at the BBQ but you know, I’m going to be riding around in a speedboat drinking champagne and ogling beautiful naked people on the beach, so…”

Bradford muttered “Bitch”, before realising that she’d also typed it as a response, then quickly deleting it.

She wrote: “Aww hope you have a great time. Don’t go catching a potentially deadly tropical disease or anything.