PROFESSIONS and organisations unpopular with the Conservatives must now declare their income to foster greater envy and loathing.

The Leftie Hypocrites bill, introduced to Parliament yesterday, will force enemies of the state like doctors and BBC employees to declare their exact annual income to the media, all new acquaintances, and on the sleeves of their clothing.

Dominic Raab, MP for Esher and Walton said: “Aren’t we all sick of bloodsucking socialists who make decent money but don’t have the simple good manners to vote Conservative in return?

“Well, now we’ll all be able to see just how much they earn and how sanctimonious they are, pretending they have concern for the poor while not even being poor themselves.

“Teachers, social workers, firefighters or actors? Get ready to be hated.”

The bill includes a clause that anyone who has more than £1,000,000 in assets must have MILLIONAIRE LAUGHING AT YOU tattooed on their foreheads to permanently remove any credibility from their self-serving do-gooder platitudes.

Raab confirmed that who made their money honestly by working in the financial sector, running outsourced public services or inheriting it will be granted lifetime immunity from transparency regulations.

It’s a shame for the kids, says everyone lapping up the juicy details 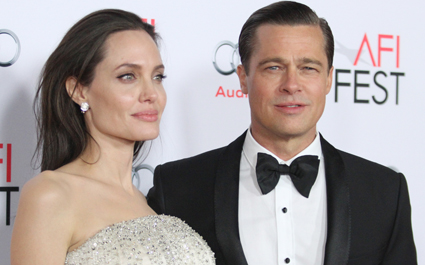 PEOPLE relishing the ‘Brangelina’ divorce have confirmed that it is indeed a shame for the kids.

After it emerged that the world’s most famous couple were to divorce, everyone said it was important to think of their young family before diving into the resulting cesspool of salacious tittle-tattle.

Mary Fisher said: “After reading several dozen articles about the sex, drugs and something about a bottle of Billy Bob Thornton’s blood that I don’t even understand, I really think it’s a shame about the kids.

“I just don’t want you to think I’m just loving this because that would all be tawdry and sleazy. I’m a nice person and I care about children.

“Now I need to get back to working out whose fault it is. Blame must be assigned, it’s part of the healing process.”

Office administrator Nikki Hollis said: “This is the most excitement I’ve had all year, it’s way more dramatic that anything that has actually happened to me in my own life.

“It’s a shame for the kids though, even if they were just adopted or whatever I still sympathise with the real-life victims of what is essentially quite a sad thing.

“But on the other hand, it’s an excuse to buy an actual print magazine for something other than the free flip-flops.”