4pm: Goodbyes and leaving gifts. Someone gives a speech about funny moments working with Arlene. There aren’t any. Unfortunately the whip-round only raised £4.42, so she just gets a Union Jack mug in a tatty box.

5pm: Pub. Everyone gets a drink in and conversation turns to light-hearted banter, such as the betrayal of Northern Ireland by the Westminster government and keeping Ulster free of sodomites.

5.20pm: As is traditional with colleagues who aren’t very popular, people are making their excuses and leaving. Several members of the DUP claim they have to go home and look after their cat, who has a tummy upset.

6pm: Food is ordered. A prayer is said to thank the Lord for the meal, and also for warding off Satan in his many guises, such as the Pope.

7.30pm: The drinks are flowing and finally everyone is having a good time discussing how they will never surrender to the IRA.

8pm: Arlene rings Theresa May to settle a few scores, calling her a treacherous cow. As with all drunken phone calls to your old boss, it goes to voicemail and she will regret it when she wakes up the next day with a hangover.

11pm: Diehard revellers decide to go on to a club. Some of the DUP object due to nightclubs being ungodly dens of vice and iniquity, but it’s decided it will be okay this once so long as no one starts twerking.

2am: After dancing on her own for an hour in a strange way, Arlene is persuaded to get a cab home, which she promptly throws up in. 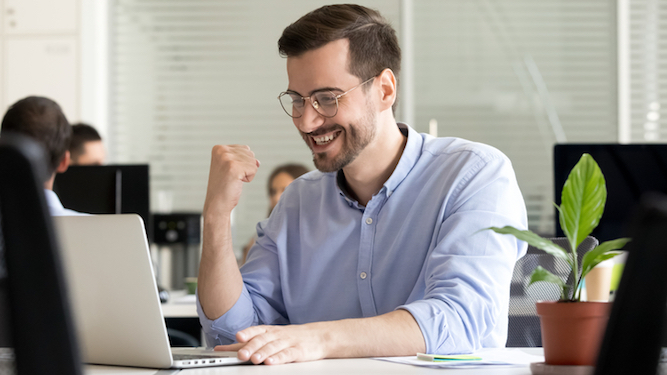 Anyone with half a brain knows that giving anything over 100 per cent is impossible, but that hasn’t stopped this phrase being a firm favourite of try-hard idiots whose ambition in life is to be a tit everyone laughs and sneers at on The Apprentice.

Nothing worth having comes easy

From ordering a pizza on Deliveroo to becoming PM because you’re rich and went to Eton, many examples prove this quote is bollocks. Usually said by the kind of twat who thinks there’s something impressive about working incredibly long hours with no reward except a heart attack at 41.

Do or do not. There is no try

It’s spiritual because Yoda said it, right? No. He’s not a religious leader akin to the Dalai Lama, he’s a puppet from a kids’ film. Also, ‘try’ clearly does exist, because people have genuinely tried to do worthwhile things without succeeding. Although ‘trying’ to lose weight while snacking between meals 17 times a day does not count.

If you really worked 24 hours a day, seven days a week, you would quickly go insane and die through lack of sleep. It doesn’t impress anyone, it’s nonsensical, and you would also be extremely boring.

No, you won’t. You’ll be dead when you’re dead. And all of these arse-licking attempts to suck up to your boss will be dead too. So maybe sleep while you’re alive and stop being a f**king liar.