What state was the flat in before?

A) Totally dilapidated. But if I shop around I’ll find the right builders to fix it up on my modest budget.

B) A recently refurbished John Lewis furniture nightmare that will need to be changed from the ground up.

A) A last resort. First you need to strip the old stuff, then you need to whack on the new stuff. It’s a nightmare. Just use cheap paint.

B) Sheets of solid gold leaf fixed in place with an adhesive that has diamonds in it. Anything less would look tacky.

What are your interior design inspirations?

A) Whatever doesn’t involve remortgaging the flat and doesn’t require a trip to IKEA. So basically anything in the Argos catalogue.

B) A pretentious interior design expert beloved by A-list celebrities, whose general aesthetic can be described as ‘colonialism chic’.

What should furniture be made from?

A) Something soft and bouncy to cushion my arse. Springs and plastic foam should do the trick.

B) Wooden canes that have been woven into the vague shape of a chair or sofa. They’re as comfortable as they are affordable.

What are your thoughts on bold patterns?

A) I can tolerate them on a cushion. But just the one cushion.

B) They should be everywhere. Your goal is for everything to look like a magic eye picture that will give you a migraine in seconds.

Mostly As: You’re a tight bastard but you could easily redecorate a flat for less than £200,000. Although it would probably look a bit generic.

Mostly Bs: You’ve probably already spunked thousands on a jewel-encrusted door knob and need to set up a shady charity to bankroll the rest. Stick to more harmless jobs in the future, like pretending to run the country.

How I'll be boning through the Hot Vax Summer, by a known bullshitter 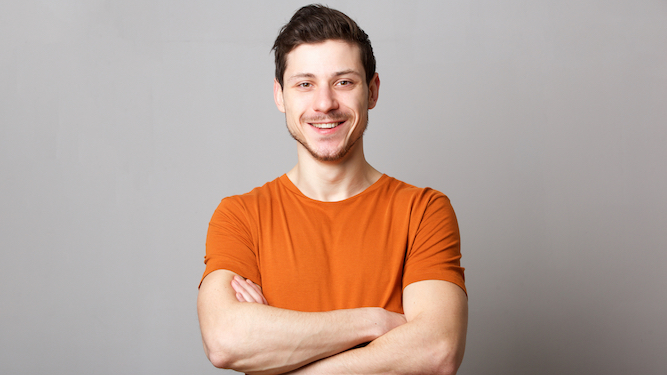 PREDICTIONS of a Hot Vax Summer of post-Covid shagging are entirely accurate, according to self-proclaimed love monster Josh Hudson. Here’s his guide:

The ladies will be gagging for it

Once the clubs open on June 21, it’s going to be a boom time for blokes like me. I’ve always been able to have any woman I want by turning on the charm, like the time I shagged a certain member of a top girl band whose name I can’t reveal for legal reasons but was once acquitted of racially aggravated assault.

I’ve got all the books like The Game, so I use sophisticated psychological techniques to get women into bed. Lines like ‘If you were a dog, what breed would you be?’ and ‘I’d drive you home in my BMW, but it’s in the garage getting souped up’. This summer it’ll be one-nighters every night.

Any situation can lead to sex now

Cynical? Yeah. Guaranteed to result in sex? Absolutely. I’ve made a list of chat-up lines that will instantly create an emotional bond: ‘Did you do more shopping online?’, ‘I reckon it was a Chinese germ warfare attack, baby’ and ‘Has your personal hygiene suffered? Do you want me to check?’

With all the sexual opportunities once lockdown is lifted, I’ll probably need about 50 condoms each weekend. That sounds like a lot, but I’ve not told you about the time I met six off-duty lap dancers in Oundle Road Londis.

Don’t forget to get the vaccine

Apparently the girls are going to want to see a vaccine certificate, so print that out and keep it in your back pocket. And if you’re not in a doctors, like I’m not after the misunderstanding with the locum asking me to undress, you can find them online no trouble.