Boris is such a liar, says Gove

MICHAEL Gove has confirmed that Boris Johnson is the most appalling liar.

The Tory leadership candidate said his rival made a deliberate decision to stand in front of a bus with a preposterous claim written on the side if it and must be punished.

Gove added: “This is typical of Boris and is yet more evidence of why he is unfit for the highest office.

“Britain needs a prime minister who will behave responsibly and not stand in front of buses painted with obviously untrue slogans.

“That’s not me in the photograph, that’s Andrea Leadsom. I’m actually much taller.

“I was in a forest caring deeply about the environment.”

Woman who 'doesn't mind' which restaurant she goes to is lying 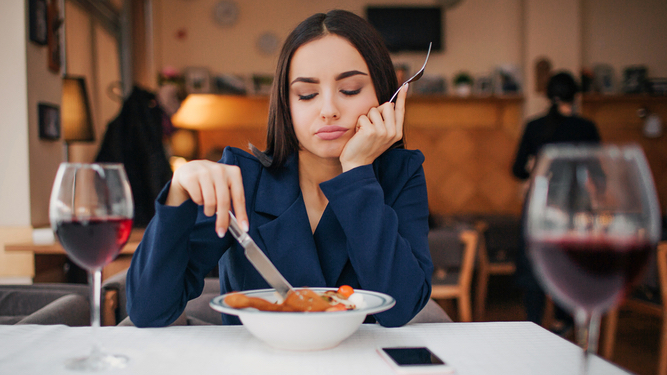 A WOMAN who tells her partner she ‘doesn’t mind’ where they go out for dinner is full of shit, it has been confirmed.

Despite claiming to be ‘easy’ about whether to have Italian, Chinese or perhaps even French food, Donna Sheridan always has a secret preference set in stone.

Sheridan’s partner Martin Bishop said: “When Donna says she doesn’t mind, it means she has one very specific place she wants to go to, and the game is about to begin.

“She won’t just say ‘I definitely want Thai food’, so the easiest thing would be to suggest every restaurant in a 40-mile radius until we get to the one she wants by a laborious process of elimination.”

Sheridan said: “I really don’t mind where we eat. And if we go to the ‘wrong’ place I definitely won’t sit there with a palpable sense of disappointment, eating my food very slowly in a passive-aggressive way.”

Sheridan also stated that she is cool with either driving or getting a cab, although she is very much not cool with one of the options and will reveal which when they are already on their way.