Boris Johnson to remember it's Brexit deadline day at about 4pm

THE prime minister is today expected to rise late, enjoy a lengthy lunch, lie about farting then remember his Brexit deadline at approximately 4pm.

Johnson will lie in late snoozing while his partner deals with the baby then try to tempt her back under the covers for a shag. Rebuffed, he will make himself a bacon sandwich and return to bed.

Following a full roast dinner, the prime minister will lie around watching old Lewis repeats on ITV3, troubled by a vague feeling he has forgotten something important, before suddenly sitting bolt upright and shouting ‘Oh shit!’

A Downing Street source said: “He’ll then run around frantically stuffing himself into a suit while ordering Gove and Frost to get to the Cabinet Room immediately, only to discover they’re already there.

“They’ll cobble together some half-arsed bullshit which is basically what the EU said with a load of mentions of sovereignty crowbarred in, then they’ll discover Ursula von der Leyen’s been waiting on Zoom for an hour.

“He’ll spin a line about an emergency COBRA meeting, plead for a few more days, get them, send everyone home and spend the next three hours relaxing in a well-earned hot bath.” 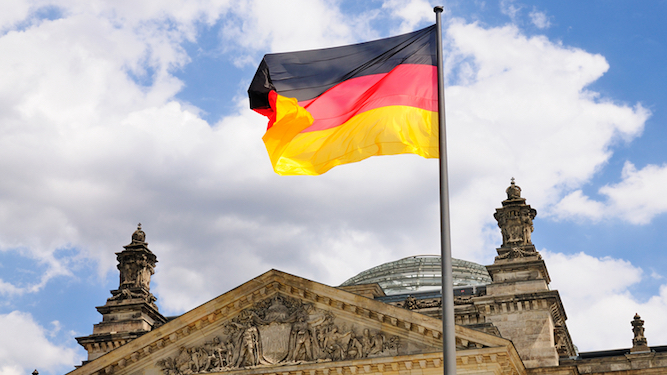 BRITAIN has a proud history of dwelling on the past. But as we enter the season of goodwill here are some things we as a nation should probably have let go of a while back.

It’s more than 80 years since the start of World War 2, so maybe – just maybe – it’s time to bury the hatchet. Also our rivalry increasingly feels one-sided, which is no fun. Let’s start afresh and celebrate all the things the Germans excel at: beer gardens, sausage goods and the terrifyingly exhilarating free-for-all that is the autobahn.

It’s time to face facts, Britain – we’re useless at the Winter Olympics and always will be. Yes, Torvill and Dean won our hearts sliding on their knees like kids at a wedding reception to the Bolero, but, newsflash, that was 36 years ago. Yes, we did win the curling that time, but is sweeping really a sport?

Undoubtedly that chap shouldn’t have driven Gail Platt into the Corrie canal. Yes, Dirty Den shouldn’t have treated Angie that way, and no, Trevor shouldn’t have force-fed Little Mo gravy. However talking about soap stories as if they’re real is deeply weird, as is the press hounding long-forgotten actors to get an unflattering picture when they’ve just popped out for a Twix.

Flags. Sequins. Fake tan. Nul points. It’s rubbish anyway, but Britain being hated on the continent for a list of grievances too long to relate here means we will never win. Once we’d send Andy Abraham, Daz Sampson or Love City Groove and be ‘in’ on the joke. But now we just get humiliated, which isn’t a great night’s telly.

Saturday afternoon trips to the high street just aren’t the same these days. Firstly, because you don’t go, and secondly because there’s no Woolworths. However it closed back in 2008 and these days do we really need a shop that sold a huge range of stuff but of questionable quality? We’ve got Amazon now, which doesn’t have sticky carpets.