Brexit bill to be a terrible betrayal of someone

THE Brexit bill coming to the Commons this afternoon will definitely end up being a terrible betrayal of someone, MPs have agreed.

No matter which of the 15 proposed amendments are voted through, politicians will be stabbing either Brexiters, Remainers, small businesses, large businesses, Scotland, Northern Ireland or the prime minister in the back.

Susan Traherne, Labour MP for Stretford and Urmston, said: “I’m a Remainer from a Leave constituency in a party whose members voted Remain but whose leader is secretly hard Leave, so I’m fucked every way up.

“I could betray my constituents by backing the amendment for a meaningful vote but then the Sun’s screaming at me not to, and my rule usually is that if you do the opposite of what the Sun says then you can’t go wrong.

“Will a hard Brexit break up the UK? Will a soft Brexit spark armed revolution? Does my own opinion that we cannot trust this government not to fuck absolutely everything up count for anything?

“In the end I’ve decided to focus on just one of my constituents and betray him personally. Darren Wells, butcher of Moorside Road, Urmston, I’m voting everything you don’t want. This one’s for you.”

We get it, you like Primark, says New Look 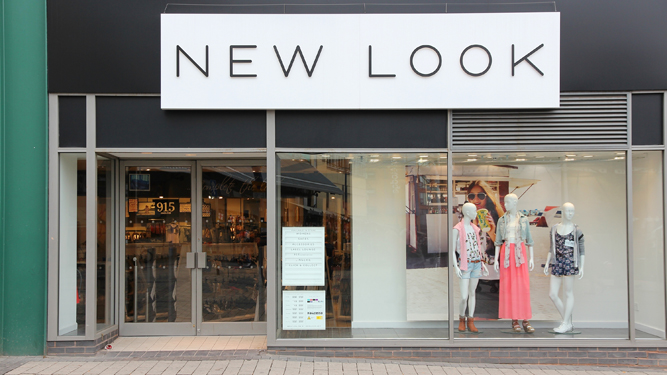 NEW Look is to refocus on selling shit clothing dirt-cheap because that is apparently what Britain wants.

The high street retailer admitted its current lines had not caught on with customers because they were priced in double figures and capable of surviving three washes.

New Look CEO Carolyn Ryan said: “The clothes we sell are fairly crap already, obviously. We’re not Zara. But the market has shown that they are not crap enough.

“From now on it’s £6 hoodies that unravel on contact with air, black tops that fade to a washed-out grey on the way home, and jeans that come pre-distressed simply because they’re so shoddily made.

“From now on you can leave with a bulging bag of New Look clothes and not worry about wearing any of them, because that’s not what you care about anyway is it? You just want the buzz of buying shit.

“Plus this makes it easier for the teenage girls behind the counter to direct their utter, crushing contempt for you. Which is their main job.”