BRITONS fear Brexit and its eventual delivery will be a disjointed mess that will make the Stone Roses’ Second Coming seem good.

With the UK’s separation with the EU heavily compromised by internal disagreements and only happening as a result of contractual obligation, parallels with the Manchester band’s hugely disappointing second album have become impossible to avoid.

Brexit and Stone Roses fan Steve Malley said: “When you wait too long and build something up it’s inevitably a let-down, and doubly so when it’s actually shit.

“Yes, there will be a few bits everyone can get behind – Love Spreads and Tightrope for the Roses, no ‘ever closer union’ or Romanians for the Tories – but I fear it’ll have a similarly divisive effect.

“And, as with the album, once Brexit’s delivered its creators will tear each other apart culminating in an woeful performance at Reading Festival that sees the Tories split for good.”

He added: “Yeah you thought Second Coming was alright at the time. Don’t put it on now. You’ll be in for a very unpleasant shock.”

Bin men judging you on all those wine bottles 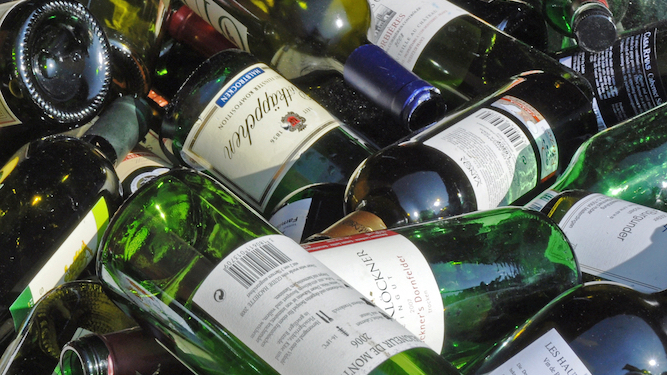 REFUSE collectors are tracking how many empty alcohol bottles you leave in your recycling each fortnight and judging you, they have confirmed.

The men catalogue the type, frequency and number of bottles and use sophisticated technology to model your week-by-week alcohol intake, making graphs available to anyone who asks.

“We’ve seen how much you drink each week. We know when you sneak a few wine bottles into the bottom of the general waste bin so your recycling box doesn’t look as full. Washing the labels off your gin bottles doesn’t fool us for an instant.

“And don’t try to claim you ‘had a party’ or ‘the upstairs neighbours put those in my bin’. Glass holds fingerprints, and we’ve got yours on file.

“You can’t get anything past us. You’re a dirty great wino and we know it.”