ENGLISH bulldogs have confirmed they think the views of Britain First are wrong.

The powerful, inbred dogs are seen as mascots by the nationalist right-wing group but have stressed that they have no agenda beyond simple pleasures.

Bulldog Roy Hobbs said: “Personally I think anyone should be allowed to come and live here, provided they bring biscuits or other treats. I would describe myself as more greedy than patriotic.

“Despite our intimidating appearance, we bulldogs want only to live in harmony with other dog breeds.

“Frankly I will only leave the house under duress, preferring to sleep for extended periods, but when I do visit the park I enjoy seeing dogs of all shapes and colours running around peacefully, with only the odd bit of growling.

“It’s not like I’m paranoid about foreign dogs like Rhodesian Ridgebacks coming over here and taking over. If that did happen maybe I could breed with one, because frankly my tiny legs and constantly drooling are a design flaw.

He added: “There is an Alsatian that I don’t like but it’s not a racial thing. He just doesn’t respect personal space.” 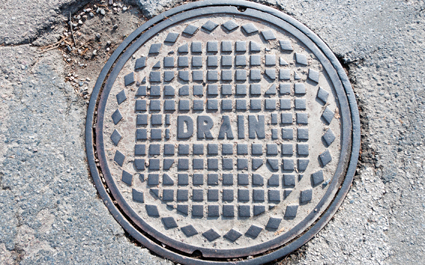 CLIMATE change can be stopped by purchasing goods that say ‘eco’ on the packaging, it has been claimed.

Britons have resolved to stop the planet overheating by limiting their consumerism to things that either sound environmental, come in moss-coloured packaging or feature a picture of a tree.

Architect Stephen Malley said: “We’ve got to think about the sort of planet we’re leaving for our children, which is why I would never buy a 4 x 4 unless it was called ‘Eco-Jeep’.

“We need to put pressure on manufacturers to call everything ‘eco-‘ this and that. And it has to be properly printed on the item, not just written on in biro.”

Teacher Nikki Hollis said: “I carefully read packaging to make sure everything I buy says ‘eco’ or ‘bio’ on it somewhere, especially if it is a pointless luxury item that just smells nice.

“But of course the name alone is not enough. I want these products to be twice as expensive as their non-eco equivalent, and for no clear reason.

“We can shop our way out of this crisis.”