'Buy Me A Caravan Or I'll Steal One' Brown Tells Taxpayers

GORDON Brown wants taxpayers to buy him a new caravan otherwise he will be forced to steal one, Downing Street said last night.

The Prime Minister has called for widescale reform of party political caravan buying to ensure the system is free from any hint of corruption.

Mr Brown said: "I want quite a big one. Four berths should do. It should have a modern chemical toilet, a two-ring gas hob and a built-in fridge.

"It doesn't absolutely have to have a microwave. I'm just saying that would be nice."

Mr Brown said a taxpayer-funded caravan, "ensures I am not forced to either solicit a caravan from an anonymous private donor or just go and steal one from a driveway in Twickenham".

He added: "Because that's what I'll do, make no mistake. Without large amounts of your money, I can't stop myself from committing crimes. And even then I'm probably going to do it anyway. What the hell's wrong with me?"

Mr Brown said it was right that the police had been called in to investigate massive secret donations from a property developer who had absolutely no interest in planning decisions.

"We will do everything we possibly can to obstruct them," he added.

Meanhwile north of the Border, the Scottish Labour leader Wendy Alexander has refused to resign, claiming a wicked troll has been impersonating her in meetings and forging her signature on thank-you letters to businessmen. 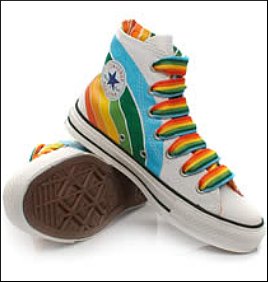 PRODUCT Red, the brand founded by U2 frontman Bono, has raised $50 million to help fight Porsche shortages among executives at Apple, Armani, Motorola, Gap and Hallmark.

Around half the profits from Product Red products goes straight into the bank accounts of executives at enormous corporations, who use it to alleviate chronic luxury car famines.

Lizzie Matumba, 14, of Ivory Coast, said: “The knowledge that Steve Jobs arrives at Product Red press conferences in a brand new Aston Martin has made the death of my entire village much easier to bear.”

Twelve year-old Robert Otengwe said: “I am most happy you have bought a nice new red mobile phone. It shows you care. And the pink one you bought last year looks very dated.”

Matumba added: “Some may ask why these gigantic corporations didn't just stump up $10 million each instead of guilt-tripping shallow fucknuts into buying yet more useless shit that'll be in the bin this time next year.

Wayne Hayes, head of research at the Institute for Greed, said Product Red had revolutionised the way rich westerners made themselves feel better about hellish Third World poverty.

“Most of us only ever felt guilty for a second about buying a fourth iPod while half the world starved, but it could still take some of the fun out of buying new gadgets.

“Now I can buy another Armani watch and a pair of Converse without having to worry about some African child with no shoes at all. It’s worth it just for that.”