DAVID Cameron is close to winning a £1 bet with Boris Johnson that he can annoy every single human.

After posing with One Direction to promote their gang-banging of Blondie’s One Way Or Another he flew to Delhi to alienate another billion people by attempting to resurrect the East India Company.

A Downing Street source said: “He crossed off half the planet by telling an adult woman elected to parliament to ‘calm down dear’ – you cant learn that stuff.

“And after pissing off all of India, he called the Chinese a bunch of criminals. Another billion down. Spiffing.

“Nick Clegg is in on it and while he disapproves hes going along with it. Denholm Elliott, yes.”

With a small pocket of Tory MPs still loyal, he intends to a hold a party meeting dressed as Malcolm X and announce that Baroness Thatcher’s face will be etched onto every public urinal in the country.

After winning, Cameron is expected to reveal that the Bullingdon Club photo of him looking like he is about to shoot an orphan’s kitten was created using Photoshop in 2004.

The source added: “People think he’s driven by ideology, when its all down to a tiny wager with a bleached wookie in the back of a Jag.”

Everything to be labelled with terrifying images of death 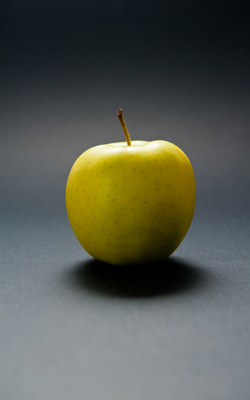 ALL products will soon feature graphic imagery illustrating how they might kill you.

A government spokesman said: In the past, consumers have simply looked at things and decided whether to buy them based on what they are.

“But what about the hidden dangers? We all know it’s possible to choke on an apple, but also pieces of sliced apple can have razor-sharp edges.

“If you fell over carrying a slice of apple it could puncture your spleen, causing you to die a slow, agonising death while your wife and children watch in horror, as illustrated by this handy sticker.

“Similarly, getting shampoo in your eyes could easily leave you temporarily blinded, causing you to stumble out of the shower, down the stairs, out of the door and into the path of traffic.

From now on all shampoo will have a label showing a corpse thats been run over by a bus and exploded like a hedgehog. Its the only way to get the message across.

“Your government will protect you.”

Receptionist Nikki Hollis said: Last night I couldnt enjoy EastEnders because of a sticker on my new sofa showing someone getting anally impaled by a spring.

“However Im actually finding some of the warnings quite useful because Im one of those fuckwits who manages to misuse any sort of product.

For example it’s handy to know you shouldnt put paint in your tea if youve run out of milk.