Cameron has concept of strike action explained to him

DAVID Cameron has finally grasped the basic concept of industrial action after a gruelling 14-hour tutorial.

The faux-velvet prime minister had previously thought that going on strike involved eating undercooked seafood and had based his profound ideological opposition to it on this assumption.

Cameron said: “So the trades unions will attempt – quite deliberately, mark you – to stop people from doing things they had planned to do? That’s horrid. And they’re even allowed to do this during the Olympics? Really?”

He told the House of Commons: “I have tickets to Usain Bolt and Tom Daley and have told all my friends I’m going. And that’s that.”

The threat of Olympic strike action was raised by Unite general secretary Len Mcluskey after he realised it was the unbelievably obvious thing to do.

Even RMT leader Bob Crow backed the move before asking: “Right, what are we striking about this time?”

The government now wants to reform industrial relations by requiring workers to check with the prime minister’s diary before withdrawing their labour.

A spokesman said: “There’s a couple of Sundays in late August when he will be on a massive Russian yacht while his official look-alike is in Cornwall.”

Cameron added: “So that’s why they stand in front of buildings with their angry placards, is it? To stop people going in? Fascinating.” 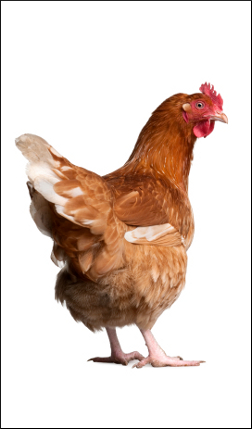 REAL Madrid manager Jose Mourinho has flown to England, unsettling every manager, player and chairman in the Premier League with a day of house-hunting and mysterious omens.

Mourinho spent a whirlwind day looking at homes near White Hart Lane, Old Trafford, the Emirates Stadium, St James’s Park, the Etihad Stadium, Anfield and Stamford Bridge. It has been claimed he was in all seven places simultaneously.

The Mourinho sightings caused panic among managers, with Kenny Dalglish spending much of the day up a tree while Arsene Wenger changed his Facebook status from ‘haunted’ to ‘all is death’.

Even Sir Alex Ferguson locked himself in his car and is refusing to come out until a Glazer tells him he is better than Matt Busby and means it.

Mourinho departed the UK after less than 24 hours, but psychic echoes of his visit have lingered. Gary Neville delivered an unusually astute technical analysis of last night’s England game, but did it in fluent Portuguese while his eyes were rolled backwards in their sockets.

Meanwhile an image of Mourinho’s face appeared inside the face of Jeff Stelling and a two-headed collie was born in Kensington which croaked his name before dying. Doctors said more than 40 women have become pregnant just by thinking about Chelsea’s 2006 title win shortly after unprotected intercourse.

Chelsea caretaker-manager André Villas-Boas last night ordered the removal of all the mirrors from his home, adding: “He appears suddenly behind me, his glowing blue eyes telling me to switch Torres to the left wing.”

And even Christine Bleakley’s fiancé has claimed his former manager had spoken to him in a dream.

Soon-to-be Mrs Frank Bleakley said: “He told me that I shouldn’t have been dropped. That I was still capable of playing at the top level. He told me… he told me that he can make me young again.”