MILLIONAIRES who tried to avoid donating to the Conservative party are to be hit with punitive tax bills.

The culprits, many of them celebrities, were informed of their duty to give a percentage of their income to the Tories but repeatedly failed to do so.

A government spokesman said: “No matter what your personal political views may be, if you want to avoid paying tax then you need to donate to us.

“Yes, it’s a significant amount of the money you’ve earned, but that money goes to paying for things like party political conferences and leaflet campaigns that we all benefit from.”

Celebrities including the Arctic Monkeys and George Michael have been named and shamed for failing to meet their civic responsibility to bung a few quid the Tories’ way.

Builder Stephen Malley said: “When I want to flout regulations I have to pay off my local councillor, just like everyone else.

“These people think they’re above the law.”

Most chimp gestures taking piss out of David Attenborough 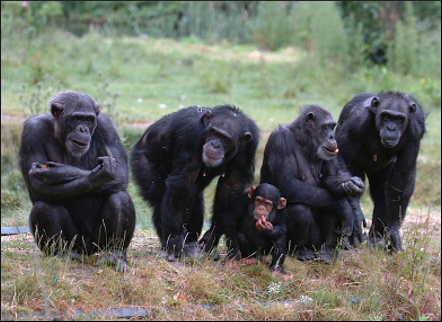 CHIMP researchers have discovered a lexicon of 66 gestures, 54 of which are jokes at the expense of Sir David Attenborough.

Scientist Emma Bradford said: “They have five different gestures to make fun of Attenborough’s high-waisted trousers, 10 laughing at his plummy accent, and three specific gestures to compare him unfavourably to his brother’s performance in Jurassic Park.

“Attenborough is the main constant in chimps’ lives. And it seems they hold him in low esteem.”

The study looked at more than 5,000 incidents and found that even when threatened by predators, chimp communities would still send youngsters down to ruin takes by pointing their arses at the camera.

Researchers believe the finger-circle gesture for wanker, frequently used by the chimps, was not created by parallel evolution but was picked up from BBC cameramen.