THE coalition parties have returned £520,000 to which they had helped themselves, insisting they had honestly not realised how bad it would look.

Former nurse Joan Edwards, who died aged 90, left the money to the ‘government of the day’ which the coalition parties assumed meant ‘spend it on bullshit campaigns filled with nauseating lies’.

Tory chairman Grant Shapps said: “We took this money in good public relations faith. If at any point we had thought it looked deeply cynical and dishonest we would have found another way of doing it.

“I think we have all learned an important lesson.”

Lib Dem leader Nick Clegg said: “Although I didn’t know Joan Edwards after looking at a photograph of her and reading her will, I feel as if I did.

“And what came through, very strongly, was a decent, hard working and intelligent woman who served her community with dedication and really wanted me to be able justify myself.”

He added: “It’s particularly sad because we’ve also spent the £2.4m we got from that fraudster a few years ago.”

Meanwhile Mr Shapps insisted that other frail old ladies should not be put off from leaving all their money to the Conservative Party.

He said: “To avoid any confusion, we’ll draw up the will for you. We can also put your cat to sleep for a tenner.” 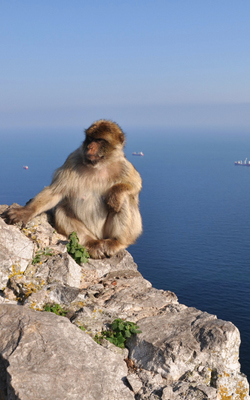 The Prime Minister has offered helicopters, landing craft and a division of Royal Marines to help spark a conflict a bit like the Falklands War.

Cameron said: It is vital that Spain regains its national honour by invading Gibraltar, proving that theyre not a bunch of cowardly paella-munching bastards, which is what everyone is saying.

Given the many glaring weaknesses in our defences, I cannot think why Spain would not give it a go. Unless, as it has been suggested, Spain is gay.

Naturally the last thing we want is for Operation Falklands 2 to turn into a re-run of the Falklands, but if a war happens to distract everyone from the economy and makes me look like an iconic leader, so be it.

“And if they make a film about it afterwards with me played by Pierce Brosnan or a slimmed-down Sean Bean, well that is something I will just have to live with.”

An aircraft carrier full of TV journalists in flak jackets has been put on standby, with emergency supplies of Union Jack bunting being flown in from China.

Office worker Donna Sheridan said: Say what you like about Mrs T, the Falklands were great for national pride and gritty post-watershed TV drama.

Plus there was a big party afterwards with sausage rolls.

A UN spokesman said: Christ, not the Brits and their bloody islands again.