SUPPORTERS of David Miliband will today launch a concerted effort to
destroy the leadership of Ed Miliband whether either of them likes it or
not.

Despite assurances from David Miliband that there would no repeat of the Blair-Brown ‘soap opera’, his supporters said that would be fucking right.

And with the shadow foreign secretary tipped to leave frontline politics, sources close to him said that wouldn’t make any difference because they were totally up for causing all kinds of shit.

A senior Labour MP said: “Ed’s a fucking looney. He’s also got a terrible temper and regularly hits his staff with a sock full of coins. What else? Oh yeah, he threw a knife at me. It hit me in the arm and I had to go to hospital but it was all hushed up.”

A former cabinet minister who was a close adviser to both Blair and Brown and had to resign twice before getting a job in Brussels said: “Ed thinks he’s Jesus. Or is that David?

“Is thinking you’re Jesus a bad thing? If it is then Ed actually told me he was Jesus. And then he touched me in the private area. He’s not fit to be prime minister.”

The source, one of the most senior Labour figures to not know what mushy peas are, added: “When David stood up yesterday and urged everyone to support Ed what he was really saying was, ‘if my brother becomes prime minister you may as well kill yourself’.”

A senior Labour backbencher stressed that while the closeness of the contest gives the new pointless rivalry an extra edge, the result really didn’t matter, adding: “I can’t not do this.

“I got into politics so that I could spread malicious lies about everyone and thwart people at every turn. Half my constituents are child molesters and the rest are Nazi war criminals who have been evading income tax for years. I wouldn’t help them if there was a gun to my head.

“Meanwhile both my daughters are psychologically flawed and I’ve always said that my mother is an insane bitch who is simply not up to the job.

“She would make a very good aunt or perhaps an adviser to a woman who is better qualified to be my mother. Such as David Miliband.” 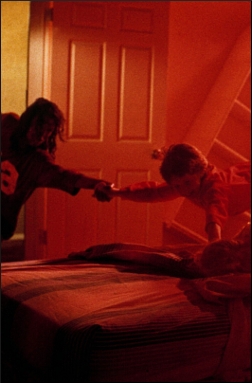 LIVERPOOL’S poor start to the season has been traced to an ancient Arapaho curse under the Kop End at Anfield.

Roy Hodgson has endured a terrible run of results, culminating in yesterday’s game against Sunderland where a harmless clearance by Pepe Reina was headed back into Liverpool’s goal by a ghostly warrior riding a horse and wearing a Tranmere Rovers shirt.

Hodgson said: “It was like that Poltergeist film where the whole house implodes, only Konchesky and Skrtel are much, much scarier to look at than the bloke who tears his own face off.

“The whole place is a nightmare to work in – you leave the training cones alone for five minutes and they’ve rearranged themselves into a twelve-foot-high stack in the shape of Steve Heighway. And we didn’t really transfer Rieira over the summer, he’s actually trapped in the telly in the canteen.”

The curse was brought to the club by owners Hicks and Gillett, who bought a job lot of bone meal fertiliser that was later discovered to contain the remains of Arapaho elders killed in the Sand Creek Massacre of 1864.

Hicks said: “When the bags of fertiliser first arrived, I thought they smelled a bit sacred-y and I did wonder why there was blue ectoplasm shooting out of them. I heard a disembodied voice screaming curses at me too, but to be honest I get that a lot.”

TV bullshitter Derek Acorah has visited the ground and declared the only way to lift the curse is via a series of celebrity seances, adding that he could probably have a crack at Torres’ persistent injury problems if they threw in a book deal as well.

Liverpool’s situation mirrors the fate of Wigan Athletic, who were relegated in 1993 after buying a set of goalkeeping nets found to contain the soul of an orphan boy who died in tragic circumstances. The curse was eventually lifted by sprinkling them with a phial of Jimmy Hill’s urine.