Dorries to be used as bait for UKIP freaks

THE Conservative Party has reinstated Nadine Dorries in a bid to lure UKIP voters who like their politics nice and mad.

Party chiefs said the MP, who was suspended for being worse than Anne Widdecombe, now has the prime minister’s backing to be mental on Newsnight.

A party spokesman said: “A referendum bill will take ages whereas most of Nadine’s opinions can convince thousands of people that UKIP is redundant.

“We’re also planning a nationwide poster campaign which will just be a huge picture of Nadine and the strapline ‘This is a Tory’.”

This will not be a disaster, Moyes keeps telling himself 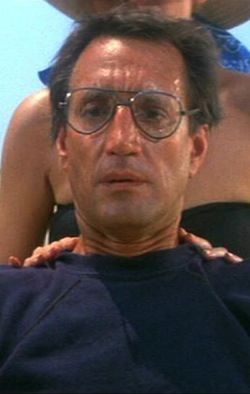 NEW Manchester United manager David Moyes has spent the last 24 hours reassuring himself that this is not going to be an unmitigated catastrophe.

Following the official announcement of Sir Alex Ferguson’s retirement Moyes told friends that he felt like Roy Scheider in Jaws when the camera zooms in on him in that really weird way.

According to his friends, Moyes spent 14 hours in his toilet yesterday staring at himself in the mirror, practicing how to look as if he knows what he is doing.

One source said: “He keeps telling himself that Manchester United is the world’s biggest club run by clever people who make really important decisions every day.

“Which means they must have a very good reason for choosing someone who has never won anything. And so there’s nothing to worry about.

“And then he goes back into the toilet.”

Another friend said: “He’s had the words ‘it’ll be fine’ tattooed on to his left palm.

“Yesterday I had to tell him to stop staring at it or we were going to crash.”

The friend added: “He’s also written a poem for Robin van Persie. I told him he didn’t have to do that and then he started to cry.”