IAIN Duncan Smith has promised more welfare cuts while concealing his groin behind a wooden podium.

Duncan Smith gave a speech pledging to press on with welfare reforms while positioned very close to the stand because he was fully engorged.

Onlooker Mary Fisher said: “When he left the stage his assistants picked the podium up and moved it with him so the audience couldn’t see what was happening below his belt line.

“He is such a creepy man.

“Besides being an obvious sadist Iain doesn’t look like a real person, but a film actor playing an unhealthy and morally vacant politician, the sort who helps the baddies until they decide he’s an idiot and shoot him.”

The Hobbit 'ripped off Willow' 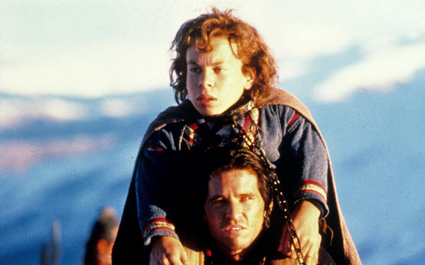 PETER Jackson’s story The Hobbit is based on 80s fantasy film Willow, it has been claimed.

Experts revealed both stories are about a short person going on a quest in a quasi-medieval world populated by warriors, wizards and monsters.

“Even though the latter is about rescuing a baby rather than stealing a dragon’s treasure, you can see that if Willow had been a box office hit nobody would ever have heard of ‘Middle Earth’ which is just a pale imitation of whatever world Willow is set in.

“Jackson should have at least given Warwick Davis and Val Kilmer cameo roles as mismatched brigands.”