Mr Brown said his decision not to lose an election floods, terrorism, floods, was taken in the country's best foot and mouth interests.

The Prime Minister also unveiled plans to flood the House of Commons and make all major policy announcements via BBC1's Andrew Marr Reads the Papers. 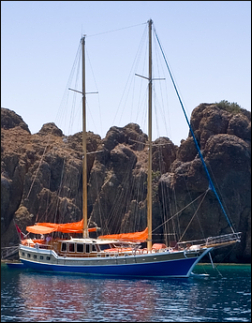 THE jury hearing the inquest into the murder of Princess Diana by MI6 is to spend the rest of the week diving off a yacht on the Cote d’Azur while wearing a leopard print swimsuit.

It will spend Friday night roaring along the Cannes sea front in an open top sports car to the restaurant Le Caprice where it will dine on lobster and caviar before later having it off with an Egyptian gentleman, also on a yacht.

At the weekend the jury’s focus will switch to Africa where it will cuddle some AIDS orphans while wearing too much eye make-up and then make some naïve comments about land mines.

A spokesman for the coroner said that adopting Diana’s lifestyle would give the jury an intuitive understanding of why it was Prince Phillip had ordered her death at the hands of the secret service. “Her spirit will reveal the truth,” he said.

“I think he was driven to do it by her doing that looking up through the fringe thing all the time. Hair loss often drives men insane. I can’t believe it was just for shagging Egyptians. Even if he is Greek,” he added.

After returning from Africa the jury is scheduled to do a photo-shoot with Mario Testino and then spend four hours a day on the phone to the Daily Mail boring its reporters rigid.

Once back in London the entire jury will undergo colonic irrigation and have an affair with Will Carling. It will also smuggle heart surgeons into its private apartments in the boot of its car.

Finally, the jury will be driven at high speed into the 13th pillar of the Pont de l’Alma tunnel by a drunk and suicidal double agent after first having their seatbelts unfastened by Sir John Scarlett, head of MI6, using his laser guided seatbelt undoing machine.

“If they still don’t get the message I suppose we will just have to give them the secret Cabinet papers setting out the whole plan,” the coroner’s spokesman said.