Give the job to the f**king meerkat, agrees Britain

THE UK has agreed that the fucking meerkat from those bollocks website adverts would do a better job of Brexit than Theresa May.

The meerkat, which is shit and everybody hates, has at least proven adept at getting you £20 off your car insurance and two-for-one Tuesday films so is head-and-shoulders ahead of the current incumbent.

Joe Turner of Braintree said: “I loathe that meerkat. I mute the telly when it’s on. But if it’s the meerkat or May, then no contest.

“It’s crap, it appeals to dickheads exclusively, you’re meant to have been paying attention to its ongoing saga but you haven’t and it’s insulting to Eastern Europeans. It’s basically May Plus.

“It’d go into a meeting with Juncker, say something like ‘Northern Ireland stays in the customs unions! Fuck the DUP! Simples!’ and the deal would at least be bloody done.

“Shit, the GoCompare opera twat would do a better job and all he does is sing the same thing over and over to everyone’s massive irritation. That’s May with singing.” 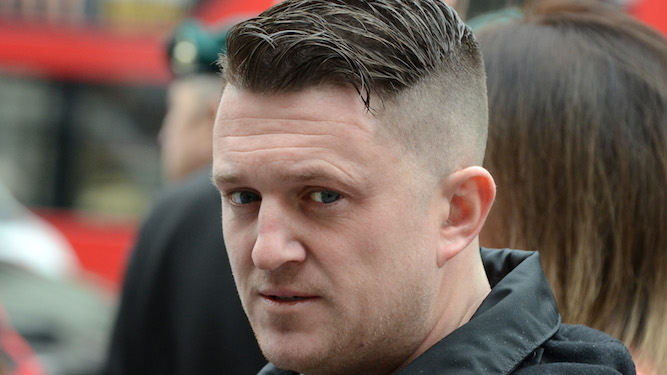 TOMMY Robinson, an ‘activist’ and ‘campaigner’ has attacked the press for silencing him, every media outlet has confirmed.

“The liberal elite are stopping my message from getting out” Robinson said, according to the Telegraph, Times, Sun, Guardian and Daily Mirror.

Stephen Malley, a staunch supporter of Robinson, said “How can people hear about Tommy’s position on Islam and immigration when the mainstream press limit coverage to just somewhere between daily and constant?”

Malley added: “And it’s not just the newspapers, television is just as bad. Yesterday I turned a national broadcaster on at 6pm and there wasn’t a single headline mentioning Tommy. It’s just yet another example of the lefty liberal bias perpetuated by Cbeebies.”

He added: “Robinson’s views have been widely condemned across the political spectrum, presumably after people have had to first guess what they were.”