Green Party defence policy is to be really annoying

THE Green Party has revealed plans to replace soldiers with earnest bearded men who bang on about solar panels.

The ecologically-conscious party would save billions by disbanding the armed forces in favour of an annoying ‘Earnest Force’ consisting of overly sincerely middle-aged men with unruly facial hair, and condescending ladies with huge scarves.

A Green Party spokesman said: “We’ve found that people go to great lengths to avoid talking to us, so why not deploy that against threats to national security?

“Let’s say the Russians land at Portsmouth. We would immediately despatch our most devoted sexless windbags in a fleet of battery 2CVs and Renault 5s with ‘Ban Battery Farming’ stickers.

“They would engage the invaders in seemingly endless conversation about recycling and sandals unless they either see the error of their destructive ways or simply get bored and leave.

“A few hundred men who look like Michael Rosen banging on about composting and electric cars would be sufficient to have any hostile military mumbling excuses about a having a dental appointment.” 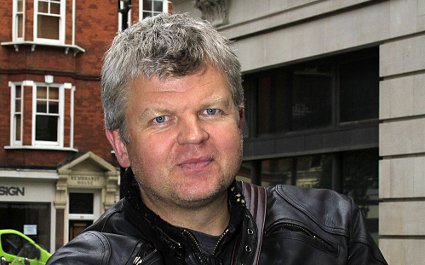 ADRIAN Chiles has been dropped from ITV’s football coverage after admitting he is undergoing a series of operations to become a badger.

The presenter, who has made no secret of his fascination with the woodland lifestyle, told bosses that he could not continue living a lie.

He said: “I pretended I was just interested but I knew, deep down, that I was a badger in a man’s body, begging for release.

“Over the next six months I’m having fur implanted over my whole body, having my forelegs shortened and a tail put on, and I’m living as a badger to prepare myself for transition for moving into a sett by the end of the year.

“I offered to continue commentating from the badger perspective – ‘Lots of men running around, not much carrion, basically of little interest’ – but they said they’d be fine without.”