How Labour's half-ars*d car-crash of a Brexit policy will fail to work: a timeline

JEREMY Corbyn yesterday announced Labour’s new cock-up of a Brexit policy that nobody will vote for. But how will it fall apart in practice?

Today-October 2019: Corbyn does nothing, but is available to talk about austerity if you want

November 2019: Corbyn elected in coalition on condition he hold a second referendum, which he insists is delayed until he personally has negotiated with the EU. Coalition partners shrug, say ‘Whatever’

April 2020: EU asks Corbyn if he can stop talking about austerity and move on to Brexit now. Reluctantly, he agrees

April-August 2020: Corbyn attempts to explain what a ‘jobs-first Brexit’ is. Requests extension for further two years so he can ‘properly work it out in his own head’. Denied

September 2020: Corbyn returns with new Brexit deal, which is the same Brexit deal with the added clause ‘we will never ever negotiate with Jeremy Corbyn ever again’

October 2020: Corbyn tours UK to promote his Brexit deal, claiming it is the best deal ever and will save the world

November-March 2020: In accordance with policy, Labour campaigns for Remain and Corbyn condemns his Brexit deal as the worst deal ever that will destroy the world

March 2021: Confused, terrifed British public votes for something they barely understand again and gets it wrong again

April 2021: Corbyn blames everyone else 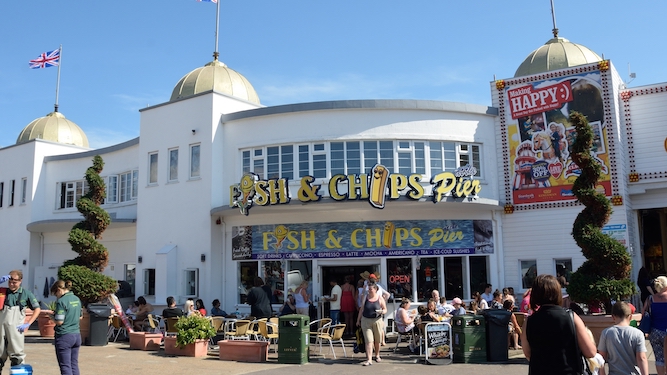 EVEN the most middle class families sometimes have no choice but to visit a horrendous British seaside town. Here’s how to survive the experience.

Beware of the food

Shockingly, seaside food like doughnuts and novelty sugar dummies are rarely sourced from organic Fairtrade suppliers, so take carrot sticks and hummus. The grease-laden death tubes known as ‘chips’ are allowed, so long as you only have one each.

Look out for learning experiences

Middle class family holidays are all about educating, so use an otherwise pointless go on the dodgems as an explanation of AC versus DC electrical current, thus giving your child a valuable head start in GCSE physics.

Have a swearing strategy

Plebeian folk swear constantly, so make your children wear industrial ear guards. This will also protect them against your foul-mouthed meltdown when you can’t get the f*cking ball through the f*cking windmill on the f*cking Krazy Golf on your 46th attempt.

Do not visit ‘amusement arcades’

Unlike Tuscany, British holiday resorts contain terrifying amusement arcades with video game machines that actually demand cash payment for screen time. These are guaranteed to give your children the underclass ailment Attention Deficit Disorder, so make them look at some cliffs instead.

Don’t ask a shaven-headed, bulldog-tattooed man where the local farmers’ market is. The inarticulate but cutting mockery will bring back painful memories of asking the builders doing your extension if lapsang souchong was okay.

Stay in your car

If Clacton is overwhelmingly ghastly don’t be afraid to stay in your Prius listening to Radio 4. During the summer they’re bound to have a programme about the magical heyday of working-class holidays, which is much more agreeable than actually experiencing one.