IAIN Duncan Smith has delivered a major speech on Europe by repeatedly headbutting a wooden podium.

The senior Conservative, who transcended simple speech some months ago, accused Angela Merkel of sabotaging the prime minister’s renegotiations by the medium of his percussive forehead.

Journalist Eleanor Shaw said: “You almost didn’t need to know Morse to understand him, so eloquent is he at speaking the Glasgow Kiss.

“Every time he sounded the single-dot E in Merkel it was a blow so savage, so unrestrained that you couldn’t doubt the depth and passion of his feelings on the subject.

“He went through six podiums and, in an off-the-cuff aside to a journalist, reduced a MacBook Pro to a thickness of 2mm, all without leaving a mark on that impregnable expanse of bone.

“Finally he’s speaking a language the public can understand. And respect.”

Can you put all this in an email for me? asks manager who doesn't know what else to say 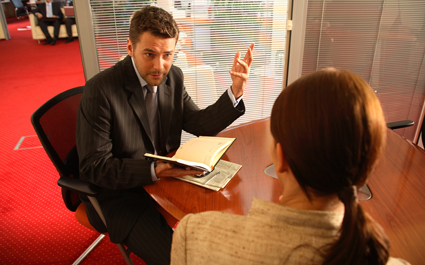 A MANAGER has asked one of her team to ‘put all this in an email’ because she could not think of anything else to say.

Line manager Mary Fisher had been listening to team member Tom Booker explain his ideas for new ways their company could market itself.

Fisher said: “He was talking about social media, which I’ll be honest, I haven’t got a clue about. So, I just said what I always say when I’m confronted by confusion – can you put all this in an email for me?

“It sounds better than saying ‘I haven’t got the slightest fucking idea what you’re on about’.”

Booker then sighed and said: “Fine.”

He since wrote the detailed email, which is now in Fisher’s inbox where it will stay forever unread, like Shane Ritchie’s autobiography.