I’m not nasty, I’m just shit at this, insists Leadsom

ANDREA Leadsom has apologised for her controversial ‘motherhood’ comments, insisting she just has incredibly poor judgement and no empathy for other people.

The Tory leadership candidate stressed that although she was quoted accurately by the media, it was only because she does not have the faintest idea what she is doing.

She added: “I am obviously terrible at every aspect of this.

“But I do believe I can unite a fractured country by speaking out against gay marriage, helping rich people to kill more foxes and ensuring my friends in the City can continue to do whatever they want.

“And I can do all of this in a way which will come across as really mean, but is actually just stupid and unprofessional

Springsteen 'not that good', claims man 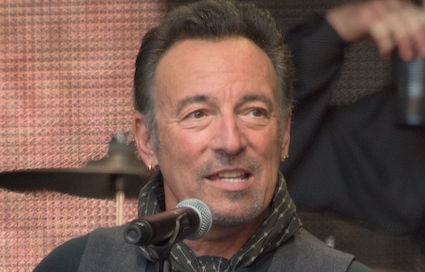 BRUCE Springsteen is not that good and no amount of listening to Thunder Road is going to change that, it has been claimed.

Springsteen, or ‘The Boss’ as he is for known some reason, is often cited as one of the musical greats despite some confusion as to what he has actually done that is amazing.

Nathan Muir said; “My mate insisted I listen to Darkness at the Edge of Town. So, I did and it’s not that good.

“He said to me that I ‘just don’t get it’ which is weird because I get everyone else like The Beatles and Leonard Cohen and people like that.”

Roy Hobbs added: “Streets of Philadelphia is a good song but when are you ever in the mood to listen to it?

“Actually Atlantic City is a good song as well, but it’s hardly enough for a Greatest Hits. Or to get the nickname The Boss.

“I think The Bloke would be more appropriate.”