LABOUR’S Brexit strategy mainly consists of not upsetting angry Northern men like the ones on Question Time, senior MPs have revealed.

The party feels it is best to pretend to support Brexit due to terrifyingly furious voters from Barnsley who appear to be permanently on the brink of a heart attack.

Shadow home secretary Diane Abbott said: “Brexit is clearly rubbish but you try explaining that to people who fly off the handle if you suggest mass deportations aren’t totally brilliant.

“Sadly we need their votes, so it’s best to pretend they’re blameless ordinary folk who feel left behind by globalisation, not xenophobic, tabloid-addled morons.

“Therefore we feel the best policy is to support Brexit but sort of oppose it. It’s not very principled but it’s preferable to getting 50,000 emails from nutters who want the SAS to ‘take out’ Barnier.”

Rochdale resident Roy Hobbs said: “I really respect Labour for accepting the will of the people. However I won’t be voting for them because they’re mostly poofs.

“My doctor says I have to stop ranting or I won’t make it to 70 but that’s typical of so-called experts who hate democracy.”

Family worried how grandad will manage without hard Brexit 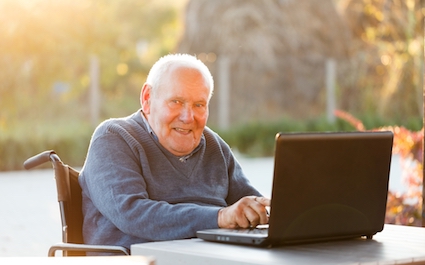 A PENSIONER will have nothing to occupy his twilight years if the hard Brexit that fills his days is taken away from him, say his worried relatives.

78-year-old Roy Hobbs’ family fear that without Brexit to fill his days with impotent rage he will have nothing to live for.

Daughter Carol Hobbs said: “Dad’s up with the larks every day to retweet far-right messages and shout ‘Treason!’ at BBC Breakfast. It’s given him a new lease of life.

“I’m worried about what he’ll do if we slide into a soft, reasonable Brexit. You hear these terrible stories about old folk just wasting away, so I’m praying Britain doesn’t come to its senses.

“I’d prefer not to ruin the economy but I’ve got to think of what’s right for Dad, and right now that’s obsessively posting deeply libellous claims that Philip Hammond is a ‘nonce’ and calling for his head on a spike.

“Old people can become socially isolated, but Dad’s made loads of new friends on the Spectator website. They’re on there cackling about a military takeover of the government like hens in a henhouse.”

Carol added: “Do they do Brexit care homes? I suppose they probably all are.”