Labour manifesto ‘should include thing about killing all the rich people’

ED Miliband has been urged to ‘be bold’ with the next Labour manifesto including tax reform, NHS funding and putting all the rich people up against a wall.

In an open letter published in the Guardian, they said: “Go on, just do it. Everybody hates rich people, so it’ll be really popular.

“Also, promise to make all the nice things cheaper. Dead millionaires and cheap nice things. That’s how you win elections.” 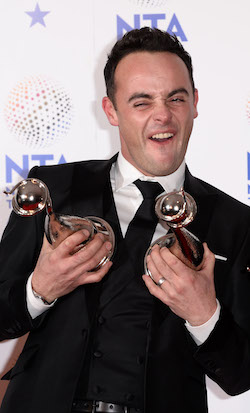 ANT from Ant&Dec has been attacked outside a London pub by a drunken gang of high-brow television enthusiasts.

The presenter of Saturday evening proletariat entertainments was verbally abused and held in a headlock as his attackers chanted Simon Schama and fuck ITV.

McPartlin was then ridiculed as the gang asked him a series of questions, including who produced The Nazis: A Warning from History and tell us five important things about Bernard Levin.

Ant said: One of them grabbed me by the face and said that he had been on University Challenge and what did I think of that.

I phoned Dec and told him to get down here because hes cleverer than me and he might have been able to answer one of the BBC2 questions.

Ant added: Its not my fault. The only reason I present these programmes is because of all the money.

A police spokesman said: We always warn people who present Britains Got Talent to try not to do it in a really obvious way. It just provokes people who went to a university founded before 1850.

Nevertheless, high-brow television enthusiasts should know better. The problem, is they drink two bottles of Chablis while watching Simon Schamas History of Britain and go out looking for trouble like theyre Edward Longshanks at the Battle of Evesham.