Lib Dem manifesto to be handwritten and left next to body

The Liberal Democrat party is writing a manifesto to be found on a coffee table beside its dangling corpse.

The manifesto will be handwritten, the ink frequently stained by tears, and explain that the party is sorry but it just couldn’t carry on anymore.

Key issues will include public rejection of electoral reform, self-loathing over university fees and the abusive relationship they’ve been locked in since 2010.

Nick Clegg, who has increasingly been answering all questions on his LBC show with “What’s the point?” said: “This is our chance to make everyone feel guilty about their treatment of the most sensitive party in British politics.

“We’re pledging to make everyone sorry they were mean to us, pledging they’ll miss us when we’re gone, pledging that the wake will be the saddest ever, that kind of thing.”

The first four pages of the 88-page manifesto will be skim-read by a cleaner before being thrown into an industrial waste bin along with the party’s remains.

It is still expected to be more worthwhile than the 2015 Labour manifesto, which will contain 18 pages of Ed Miliband’s goth poetry.

England to use football film tactics 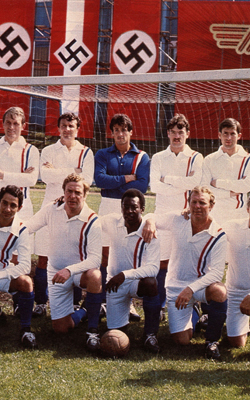 ENGLAND manager Roy Hodgson is devising new strategies based on films including Escape to Victory and Bend It Like Beckham.

After spending several evenings watching DVDs, Hodgson says he is now confident of winning the World Cup because the tactics of fictional football teams invariably lead to victory.

Hodgson said: My first step is to replace Wayne Rooney with a teenage girl with a perm, because as Gregorys Girl proves, girls are better at football than boys.

Then Im going to fill the team with footballing legends, like in Escape to Victory. No team will stand a chance against a line-up that includes Pele and Ossie Ardiles, who say it will make a nice change from playing dominoes in the pub.

If were still not getting the result we want against Uruguay, Ive arranged for a load of Frenchmen in flares to storm the pitch so we can sneak in a few extra goals in the confusion.

Bend It Like Beckham taught me two things. First, Keira Knightley is bloody good at football, so Ive sent an email to Hollywood saying theres a place in the team and she can borrow shorts if she needs to.

Secondly, players are more motivated if theres an unsubtle multicultural backstory, so Ive hired a load of Bollywood actors so that every England player can have their own strict Indian parents.

A FIFA spokesman said: If England loses, we urge fans not embark on badly-choreographed rampages using foam-rubber bricks, like in The Football Factory.