KEN Livingstone has claimed Britain would be a much better place if he had killed all the people on his hit list when he had the chance.

The former London mayor said one of the great lessons he had learned from Hitler was that democracy was ‘fine for getting you into power’ but politics was really about neutralising your enemies.

He added: “I had planned to have them all killed at the same time, like at the end of The Godfather. The capitalist oligarchy would have collapsed immediately, to be replaced moments later by a socialist utopia – as would have happened in Venezuela if they had just taken my advice.

“Unfortunately I happened to mention all of this during my weekly meeting with the Metropolitan Police Commissioner and so the cat was well and truly out of the bag.”

Livingstone also revealed that Jeremy Corbyn had been on the list after they fell out over an obscure aspect of Marxist doctrine and Corbyn had tried to kill him. 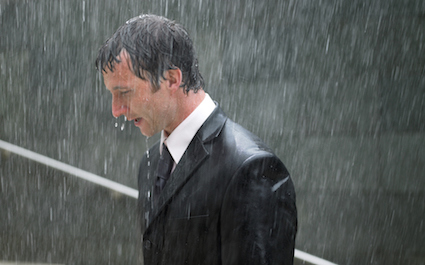 A MAN furious at a summer of constant rain wants to treat it with the blazing anger it deserves, but is too British to do so.

Nathan Muir, from Uttoxeter, has admitted being incandescent with rage at the downpours which have continued into August, but cannot say anything more heated than “Tch! Bloody summer.”

He added: “This is a fucking outrage. It’s an atrocity. But when I try to express my anger, I just end up saying ‘Ah well, it’s good for the flowers’.

“Other people feel the same fury I do, I see it in their eyes, but when they open their mouths all that comes out is ‘Apparently summer’s on a Wednesday next year.

“It’s ruined three camping trips, one tent, innumerable barbecues, countless weddings and I should imagine the Green Man music festival next weekend will be a muddy hell, but I’ll still probably say ‘There’s a patch of blue over there, could be worse.’”

Psychologist Dr Mary Fisher said: “Like soldiers on the frontline of war, if the British ever confronted the full horror that surrounds them they would lose their minds.

“Saying ‘Nice weather for ducks’ is the only way we stay sane.”