FORMER prime minister John Major has claimed the SNP is like Edwina Currie, but in a bad way.

Major warned the Scottish Nationalists would bring chaos, but not the crazy, exciting chaos of being in a locked room with the former junior health minister.

In a speech to Tory activists he said: “It was properly mental.

“I didn’t know what was going to happen next. Would it be fast and hungry, or would she take charge in a way that left me terrified and exhilarated?

“Rollercoaster ride does not even begin to do it justice. Unless you’ve been on a rollercoaster with an insane, sexually voracious leopard. 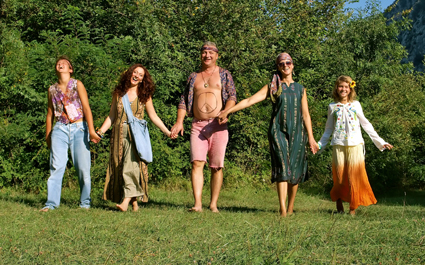 SELF-SATISFIED Steiner couples are totally behind the Green Party, it has emerged.

People who send their children to gnome-themed private school confirmed they were far too enlightened to even consider any political alternatives.

38-year-old Steiner dad Julian Cook said: “We’re probably a bit greener than the Greens what with our commitment to composting dead pets. They’re a little mainstream, but they’ll do.

“The planet matters to us, our son’s middle name is actually Biosphere. In fact he has two middle names, the other is a character from Welsh mythology that you wouldn’t have heard of.

“But he’s very sensitive to the subtle rhythms of the planet, as is everyone in this household. It’s because we were all educated partly through the medium of dance rather than wasting time on reading.”

Cook’s wife Sarah said: “The Green Party understands Steiner parents like us who work hard, or at least as hard as is necessary when you have a modest family trust fund, and want to let our kids run around annoying everyone.

“While at the same time being weirdly strict and disapproving with other people’s children.”