May in worst relaunch since Opal Fruits became Starburst

THERESA May’s attempted relaunch is the worst since the Opal Fruits-Starburst catastrophe of 1998, it has been confirmed.

After the prime minister made an ineffectual speech that was intended to ‘reboot’ her leadership, experts said that you can call it a Starburst all you want, but it is still an Opal Fruit.

Brand manager Emma Bradshaw said: “Theresa May needs to become an entirely different product, not just have an image change.

“You can rename Marathon as Snickers, but that doesn’t alter the fact that you’re still going to pull your fillings out chewing on a coagulated nightmare of peanuts and goo.

“It’s important to know when a product has failed and it’s time to just give up. Look at MySpace. Or French cars.

“The other move she attempted was to align herself with another brand in the hope of piggy-backing on their success, in this case Labour. But rather than an alignment that makes sense, she’s attempting something mental like Durex with Petit Filous.

“How is this still happening?”

If I see a washing machine in a kitchen I vomit all over the floor, says Kirstie Allsopp 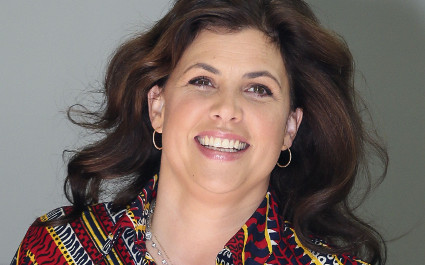 KIRSTIE Allsopp has admitted that if she sees a washing machine in a kitchen she vomits all over the floor and will not apologise.

The Location, Location, Location presenter, responsible for approximately 20 per cent of Britain’s housing crisis, said she cannot be expected to keep her lunch down when people behave like ‘filthy fucking animals’.

She added: “In the kitchen? In a food preparation area? Were these monsters raised in some kind of serial-killing cult?

“What are they going to do next, put a toilet in the bathroom? Is there no end to their depravity?

“A washing machine should be tucked discreetly away in a utility room, for the lady of the house to use at her convenience and where her cries of delight will go unheard.

“And, of course, it should never be used to wash clothes. That’s what dry cleaners are for.”