Only 75% Think Blair Is A Fecking Twunt, According To Daily Mash Poll

TONY Blair was thrilled last night after only 75% of Daily Mash readers said he would be remembered as a "fecking twunt".

The poll result vindicates Blair's efforts in recent weeks to secure a legacy that was not 100% abusive.

Wayne Hayes, professor of politics at Glasgow Clyde University, said: "This is an astonishing result for Tony Blair.

"I was sure that 100% of people would say he was a fecking twunt. I now have to eat my hat and it's a nice hat so I'm quite upset."

Professor Hayes said Blair would be "particularly pleased" that 11% described him as the 'Heir to Margaret Thatcher'.

"As a young politician Blair used to lie awake at night thinking of Margaret Thatcher. There was often quite a bit of noise involved."

He added: "The 9% who described Blair as the 'Saviour of the Labour Party' means that John Reid obviously spends most of his time voting in online opinion polls.

"And the fact that 5% said he would be remembered as the 'Liberator of Iraq' shows that many, many more psychiatric wards now have access to the Daily Mash website."

Meanwhile President Bush has paid his tribute to Mr Blair. In an interview with the Sun, he said: "I've heard he's been called Bush's poodle. He's bigger than that. He's my Labrador."

Blair To Hand Over Soul At 3pm Today 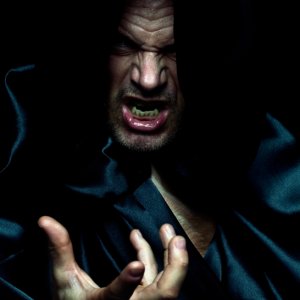 TONY Blair will today bring to a close his ten-year term as Prime Minister by delivering his Soul to the Devil and all his minions.

After handing in his resignation to the Queen, Mr Blair will take the number 12 bus from Buckingham Palace to the nearby Gates of Hell where he will be greeted by Beelzebub.

He will then be transported to the Underworld where he will hand over his Soul, in line with the pact he struck with the Evil One when he became Labour leader in 1994.

Mr Blair said: “I feel the hand of history shoving me along very quickly towards somewhere I don’t really want to go. This is not a time for soundbites, it’s a time for shitting your pants.”

However, there were doubts last night whether the Devil would enforce his pact, with sources close to Lucifer saying Mr Blair’s Soul was “totally worthless” and not worth collecting.

One minion said: “The Devil thought he would get a nice clean Soul from a principled politician but has ended up with a grubby little thing from a lying scumbag. It’s turned out even worse than the Barrymore deal. He’s not happy, I can tell you.”

On the plus side, the minion said, Mr Blair had handed over the Soul of the Labour Party some years ago, which the Devil now has displayed on the wall in his downstairs toilet.

Despite this Beelzebub is apparently so annoyed by how tarnished Mr Blair’s Soul has become that there are doubts as to whether he will even meet the former Prime Minister this afternoon.

“Basically the Devil likes to be the most devious and nasty piece of work in the room, and if he isn't he gets a right mardy on,” said another minion. “He’s terrified Blair will show him up.”