Ray Of Sunshine Moves Into Number 10

Winter would be even jollier, he said, with roasting chestnuts, a few sherries and a lots of happy, fat men carving plump geese.

Brown heralded a new era of jollity, frolicks and giddiness with a government made up of jesters, former Play School presenters and roly-poly Home Counties vicars like Simon Callow in A Room With a View.

The new prime minister wants everyone to bring a joke to work and later this week he is expected to replace the Department of Trade and Industry with 200 giggling cheerleaders.

Standing at the door of Number 10 brandishing a three foot long tickling stick Mr Brown said: "Isn't it a jolly old day? Who's up for a game of leapfrog and a round of Pimms?"

Brown had earlier met the Queen in a meeting which lasted for almost an hour.

A Brown aide said: "It did go on longer than expected but they spent a lot of time just tickling each other."

"This Time I Want My Own Drawer," Kate Tells Wills 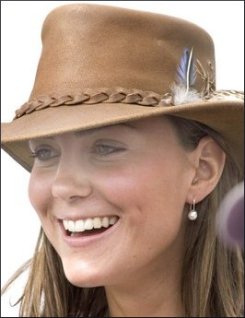 KATE Middleton will rekindle her relationship with Prince William if she gets her own underpants drawer at Clarence House, the Daily Mash has learned.

Friends of Middleton say she wants a real commitment from the Prince and a drawer for her dainties, delicates and sleeping-in t-shirts would be an important first step.

"William has dozens of drawers and not once in three years did he offer even half of one of them to Kate," said a close friend.

"Seriously, you should see his dressing room. You need a step ladder to reach the drawers right at the top.

"That's probably where he puts things he doesn't wear very much. I think Kate would want a drawer much closer to the floor.

"It doesn't have to be huge. It's not like she'll be keeping jumpers there. Just big enough for a couple of bras, some panties, a few t-shirts and her saddle."

The friend added: "She also wants William to be more generous with his time. Which means oral. Lots and lots of oral."