MITT Romneys presidential campaign suffered a blow today as footage emerged of him calling for the deportation of relatively short people.

The Republican made the off-the-cuff remarks during an official press conference, after misinterpreting a question about what he’d do to help the little people of America.

Romney said: Look, I dont trust shortasses. They move about too quick for you to see what theyre doing and they can hide under desks to do Christ knows what.

That Snow White movie always creeped me out as a kid, imagine those tiny hands all over your face and hair like hungry crabs.

“Even today I wont have anybody on my staff who cant play a decent game of basketball.

“I tell you what, Texas is pretty empty, we should move them out there and really study them to see what theyre up to.

Romney later admitted that his statement contained a modicum of expressive inexactitude, but stood by his policy of detaining the non-tall on the grounds that they contribute nothing to the economy and may be poisoning the water supply.

He promised to personally place ten of his eighteen grandchildren on a bus to Galveston with instructions not to return home until they have to duck to get through the front door.

Romney also acknowledged the effect his anti-short leanings would have on foreign policy, admitting that if he were to become president the US would sever all diplomatic ties with Japan.

Romney added: Im tall and I did good in life. I really cant make it any simpler than that. 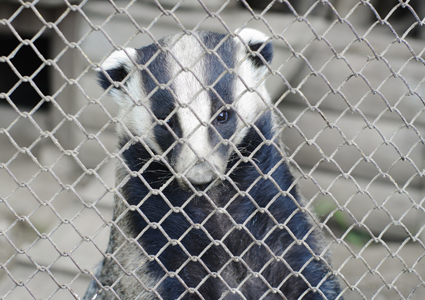 Britain’s badgers have told the Department of Agriculture that they’d better come tooled  up.