Scots Tories Back Referendum On Existence Of Scots Tory Party

SENIOR Tories last night backed a referendum on whether the Scottish Conservative Party is real or a figment of Annabel Goldie's imagination.

The existence of the Scottish Tory Party has dominated political debate in Scotland for a decade.

But sceptics point out that even if the Scottish Tory Party did exist it would be a dismal failure.

At Holyrood, what remained of the centre-right parliamentary group has now been replaced by a a loose collection of individuals who enjoy earning £50,000 a year.

One senior Tory said: "It's time we settled this question once and for all.

"I'd like there to be a Scottish Tory party, I really would, but I just don't believe in it. If it was real it would do things and get noticed by other human beings."

The source added: "I'm told people do turn up to meetings. But most of them are very old and are possibly confused and in completely the wrong place."

But Annabel Goldie insisted she was the leader of an "actual thing" and offered to produce photographs of so-called 'Scottish Tory Conferences' in places like Perth.

Internet To Shut For Half-Day On Wednesdays 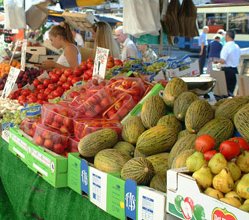 THE internet is to start closing for a half day on Wednesday afternoons to give it time to sit down and have a nice cup of tea, it announced yesterday.

It is also looking to change the way internet usage is measured by replacing megabytes with the standard imperial measures of pounds and ounces.

The internet said: “Everyone is always complaining about the pace of modern life, they don’t know what they are cocking talking about.

“They moan on about having to deal with hundreds of emails every day but who has to sort them all out and deliver them? Me, that’s who.

It said: “I look at a picture of a naked couple and I have no idea how many bytes it is, but everyone is familiar with the phrase ‘you don’t get many of them to the pound’.”