IF Jeremy Corbyn wins the election, which he won’t but we have to pretend he might so everyone votes Tory, the UK will be fully communist by the weekend. Here’s how it will affect you:

There’s nothing communist about being looked after by the state after a lifetime of hard work. But Corbyn wants your pension to redistribute to the undeserving young, unemployed and destitute, leaving you sleeping rough in your four-bedroom home. Fear him.

Dobbies is the playground of the bourgeoisie, but Corbyn can’t shut them outright because he’s supposedly green. Instead he’ll turn them into a chain of gulags, forcing poor hard-working senior citizens to spend the rest of their lives fussing over hyacinths and dead-heading roses like slaves.

A Labour victory will mean a renationalised Royal Mail, queues out of the door at post offices and surly, unhelpful postmen trying to slip cards through your door rather than deliver your parcel. A fate worse than death.

Remember how evil British Rail was? The unfairness of a system where fares didn’t increase by ten per cent a year? Corbyn wants to bring that terrible time back, just when privatisation’s finding its feet 25 years after it began. If you remember the old days as good old days, you have become confused.

Comrade Corbyn and his chums will ban straight people and force people to enter into state-sanctioned marriages with people of the same sex. Or make everyone to change sex altogether. It’s impossible, makes no sense and isn’t even real, but that shouldn’t stop you being terrified of it and voting Tory.

Queen 'may be 93-year-old who doesn't give a sh*t', say insiders 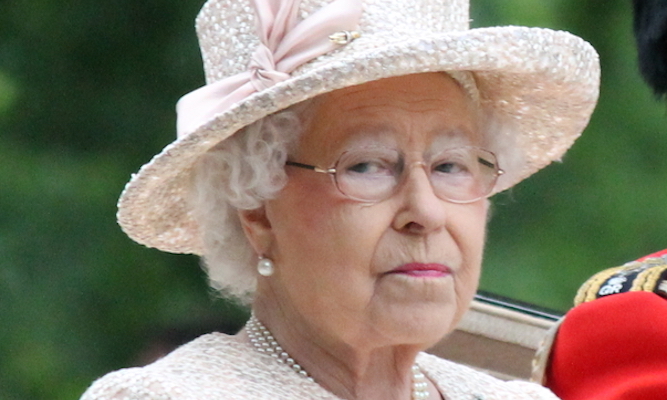 BUCKINGHAM Palace insiders have warned that the Prince Andrew crisis may be handled as if by a 93-year-old who no longer gives a bugger.

Speculaion about whether the errant prince will be cut from the civil list or locked in a tower has been countered by courtiers who pointed out that the Queen is very old, very rich and indulgent of her children.

An insider continued: “The Queen may be mentally sharp, but she was also born in 1926. Certain prejudices come with the territory.

“It seems likely that, rather than treat the allegations against Andrew with the severity they deserve, she will instead decide that her son is a good boy and these girls are silly little tarts and there the matter will rest.

“The UK tends to assume that Her Majesty is some kind of PR manager super-sensitive to the public mood, rather than a crabby old lady who hasn’t agreed with anything new that’s come along since 1980.

“It’s a national delusion to believe her opinions are more sophisticated than ‘Brexit? Bloody get on with it’ and ‘Bring back hanging’ but she is in fact like any small-minded great-grandmother, only more so.”

He added: “Will she compel Andrew to speak to the FBI? Will she f**k.”