BIG BEN bonging for Brexit is the worst charitable cause since a druggie with a stolen charity tin rattled it around the local, but the cretins who support it live among us.

Twats who believe tax is theft

Anyone who looks at their wageslip and thinks ‘That’s not fair. I shouldn’t be paying for the A470 when I hardly use it’ will happily throw cash at an inane and pointless cause like reinstalling a big clapper back in a massive clock for a single day. Because they’re twats.

Twats who still wish the national anthem was played on telly

In the mists of history, TV finished for the day with God Save The Queen. And some mad twats believe that on the final bong of Brexit Eve the UK will become a sepia-toned wonderland of spitfires and spam on toast where it’s okay to call a dog the N-word, like in The Dam Busters.

Twats who would never spare a quid for a homeless person

Those who walk past the homeless outside the Waitrose where they’ve just spent £97 on goose fat and Burgundy will suddenly find lots of spare cash in their pockets for this type of twattery.

The people who blame everything that’s wrong about their lives on Europeans, gays, women and Meghan Markle, rather than blaming the twat in the mirror. They’re not necessarily male twats either. Anne Widdecombe’s one.

Will put in one per cent of his £153k MEP redundancy payment on condition he is allowed to strike the bell himself with a good solid Sheffield steel sledgehammer. Will f**k up and break the bell. 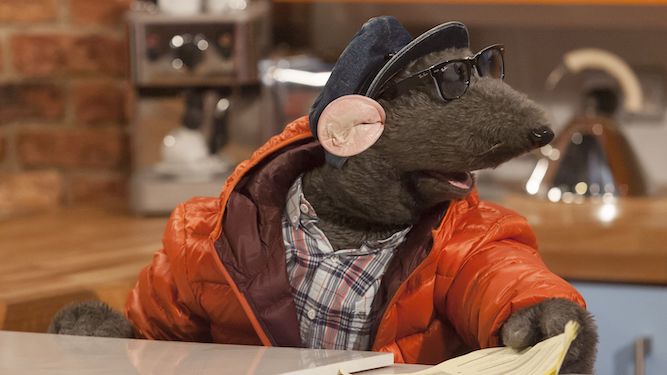 THE prime minister has appeared on ITV’s breakfast television show for a tough interview with 1980s puppet presenter Roland Rat.

Johnson agreed the interview, held in the Ratcave beneath King’s Cross station, to prove that he is willing to stand up to scrutiny and will not shy away from the hard questions.

A Downing Street spokesman said: “Nobody’s more tenacious or determined than a rat. Don’t be fooled by the hat and sunglasses. This was a real grilling.

“Roland asked about Brexit, the Russian interference dossier and Irish border checks, on each occasion proclaiming the answers ‘boring’, ‘rubbish’ and of no interest to ‘rat fans’. Watch and learn, Andrew Neil.

“Kevin the gerbil and Errol the hamster were also present, so it was three against one. But the prime minister stood up to the scrutiny and is already preparing for his big Channel 4 interview with Max Headroom.”