Theresa May remembers that one time she answered a question

THE prime minister has taken a moment to remember the last time she gave a direct answer to a question, back in 1996.

Theresa May admitted that she was young and naive at the time, but even though decades had passed the horror was still fresh in her mind.

She added: “I was being interviewed for Newsnight and suddenly found, to my alarm, that the words coming out of my mouth had a direct relationship to what I’d just been asked.

“The shock was so great it almost felt like I was watching myself from outside my body as I reeled out this answer that was completely relevant to the question, as if I was some kind of person.

“Luckily it was relatively uncontroversial but I’ll never forget the absolute terror as I realised I was not stonewalling, not diverting, not just repeating a soundbite, but actually giving my honest opinion.

“I escaped with my career intact and I’ve never, ever done it again. These days I don’t even hear them.” 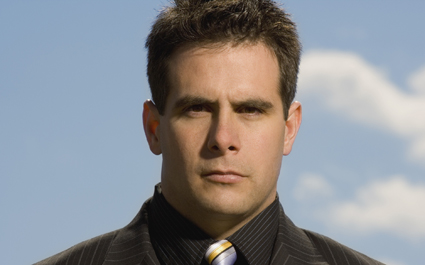 A MAN is hates the environment because upsetting ‘liberals’ gives him a feeling of satisfaction, he has revealed.

Roy Hobbs has such an intense dislike of Guardian readers and other liberal types that he is in favour of destroying the planet just to piss them off.

Office manager Hobbs said: “When I think about all the liberals crying into their organic muesli because the Peruvian spider owl or whatever has died out it makes me feel great.

“Instead of just cutting down the rainforests we should obliterate them with tactical nukes and Royal Navy submarines could use whales for target practise with their torpedoes.

“If it annoys liberals it’s fine with me. I can’t stand the way they claim to care about the environment then do totally hypocritical things like using electricity.

“Most of them are just anti-business anyway. They won’t shut up if Exxon kills a few manky seabirds with an oil spill, but they’re strangely silent if a shark eats an endangered bluefin tuna.

“Liberals all believe in global warming too, even though by now everyone realises it was made up by scientists to get rich from their massive research grants.