Thomas the Tank Engine like Britain because he constantly f**ks up, says Cameron

THE prime minister has likened the UK to Thomas the Tank Engine, who is alway the direct cause of disaster.

The blue E2 Class locomotive roams the Isle of Sodor causing crashes, landslides and riots with imbecilic misapprehensions and an inability to keep his mouth shut.

Cameron said: “Thomas only wants to be a really useful engine, but his blundering efforts always end with something going off a precipice, very much like this sceptered isle.

“Our  attempts to do the right thing in Iraq are just like when Thomas charged through the tunnel from Misty Island, getting himself and three native engines who said not to, trapped and in great danger.

“Though Day of the Diesels is more about US segregation and the civil rights movement. Diesel 10 is Malcolm X.”

Cameron admitted he was the model for arrogant posh express train Spencer as a 12-year-old boy in 2003 before likening Alex Salmond to Emily the steam engine and Nick Clegg to Toby the Tram. 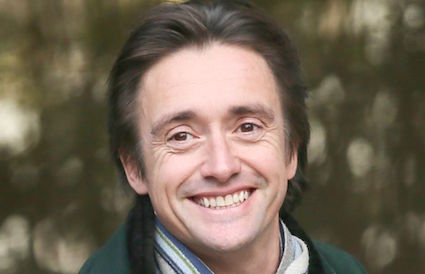 JEREMY Clarkson asked Oisin Tymon to drop his complaint in exchange for punching Richard Hammond in the face.

After assaulting the Top Gear producer at a hotel and realising he faced the sack, Clarkson offered up Hammond in a bid to ‘put things right’,

A BBC source said: “Once Jeremy had calmed down he went back to Oisin and said ‘Hammond and May are in the bar, so why don’t we go through there and you punch Richard in the face?’.

“Oisin asked if Hammond had agreed to this and Jeremy said that no he hadn’t, but that he was sure he wouldn’t mind.

“Oisin declined and Jeremy then said ‘why don’t we both go through and I’ll punch Hammond in the face and say it was from you’.

“At this point Oisin just got up and walked away as Jeremy chased after him shouting, ‘You have to help me. I need people to see me driving really expensive cars’.”