CAROL Vorderman is to head a Conservative Party taskforce to help people work out if debt consolidation loans are really such a good idea after all.

The Tories said the former Countdown star was ideally suited to the post as one of the country's leading experts in lots of big, confusing interest rates.

Vorderman said: "Let's say you have £20,000 in outstanding credit which, if you just stopped buying shit you don't need, you could pay off in around six years with interest payments of about £7,000.

"But if you rolled it all up into your mortgage and paid it off over 20 years you could continue to buy the shit you don't need and pay interest of just £14,000.

She added: "Meanwhile, if the value of your property then drops like a brick, you're faced with the new and exciting problem of who to complain to when you're thrown into the street.

"Of course the simple answer to all of that is to make sure you built up a large fortune selling expensive loans and pointless detox diets while earning even more money by doing sums on the telly."

"So if I needed someone to head-up a taskforce about maths teaching, I suppose I could ask a professor of maths or someone who had actually taught maths in a school, but then the interest rate would be very small indeed. Do you see?" 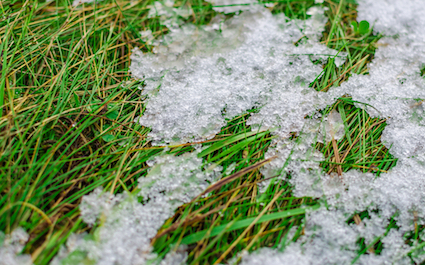 SNOW is a delicate substance made of tiny ice crystals and unlikely to last forever, the Met Office claimed last night.

Experts insisted the granular material had a soft and open structure that was very likely to turn into water, and was not an airborne member of the notoriously hardwearing diamond family.

Amid fears, climatologists claimed the snow would disappear within days as rising air temperatures resulted in the breakdown of its crystalline structure in a process they referred to as ‘melting’.

A Met Office spokesman, said: “Snow is a notoriously unstable material, which is why we never use it to build bridges. Try picking it up, notice how the warmth of your hands makes it go soft and disappear.

“In fact, the only thing it is guaranteed to withstand is a 12-ton London bus.”

He added: “Of course, there is always a chance this is the beginning of a hundred year winter that will only end when four unbearably smug public school children become our rulers after pushing their way through the back of a magic wardrobe, stealing some very expensive coats and befriending a talking lion who’s actually Jesus.”