MILLIONAIRE Paul Sykes has followed up his pledge to fund UKIP with more outlandish and pointless spending.

Sykes, worth an estimated £650m, felt the purchase of a football-pitch-sized latex canine was necessary to protect the country from the anticipated harsh winter.

He said: Chesney the dog will ward off the snow clouds full of foreign precipitation that threaten to engulf us, as long as I direct him with this twig I just bought for £3m.

This 8,000-ton fabricated puppy is the last best hope for Britain and all I ask is that people refrain from shooting him with air rifles.

The nations bees have also been hired by Sykes to protect its borders from EU invaders disguised as seagulls at a cost of £5 per hour per bee, paid to a beekeeper he met in his local pub.

He acknowledged: Any bee dying to protect his homeland will be buried in my back garden with full military honours.

‘Selfie’ is piece-of-shit society’s Word of the Year 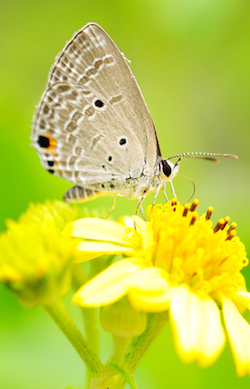 A WORD for a photograph of yourself by yourself is the Word of the Year for a society that no longer cares about words.

The Oxford English Dictionary, the terminally jaded guardian of the English language, announced that out of all the words used over the last 12 months, selfie is the one that really sums everything up.

A spokesman said: It would have been nice if the Word of the Year was boson or wherewithal or Lepidoptera.

It might even have been vaguely acceptable if the word for a smartphone self-portrait was something like selfication or autoscape.

Anyway, next year were not even going to try. So the Word of the Year will be whatever your name is. Because thats all that really matters, isnt it?

The spokesman added: Its not our job to make you better people. Weve got lives.

Professor Henry Brubaker, of the Institute for Studies, said: Im so pleased that the Word of the Year symbolises our ever increasing distance from things that are not pictures.

Next years Word of the Year should really be a video of an amusing baby.