Voters ‘treated like children’ because they basically are, say experts

Professor Henry Brubaker, from the Institute for Studies, said: “You want lots of nice things, but you don’t want to pay for them.

“You believe stories about the EU ‘banning bent cucumbers and straight bananas’. You get your opinions from newspapers that are, essentially, comics.

“That’s why the Brexit campaign offers you unlimited toys and the Remain campaign tells you there’s an insane clown under your bed.”

He added: “It’s genuinely amazing that you’re allowed to vote in the first place. I’d disenfranchise all of you without a moment’s hesitation.” 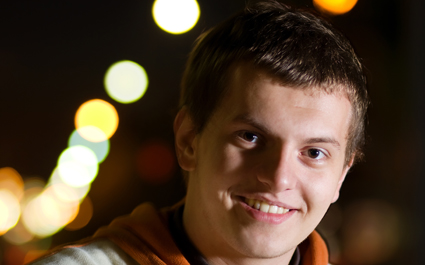 TEENAGE rapper Wayne Hayes has penned a song about how he is leaving behind his life of crime, it has emerged.

Hayes wrote For All Our Sakes about how he will no longer be the ruthless criminal king pin that he sees himself as having been for the last two or three years.

He said: “It won’t be easy as street life is the only life I know. But I’ve decided to give up ‘the game’ and concentrate on positive things like giving back to my community, helping former criminals and also doing well in my GCSEs.

“So, this song is my message to the people. If I can stop being a kind of Pablo Escobar figure, then so can they.”

He added: “A wise man once said ‘You know you can’t believe that song, rap is wrong, gangsters don’t live that long.’

“I think it was Confucius who said that. Either him or Scarface.”