What is Boris Johnson's next move?

THE prime minister has been placed in parliamentary checkmate by his opponents. What can he do to break out?

Reposition as the anti-Meghan Markle candidate

Want to delight the media? Then the central plank of Boris’s election campaign should be a promise to dissolve the marriage of the Duke and Duchess of Sussex and kick her bossy butt back to Hollywood.

If your hero Churchill can do it, why not you? Cross the floor, and let Gove flail around in the top job while you ingratiate yourself with Jeremy Corbyn and end up appointed environment minister in his new coalition government.

There’s a scene two-thirds through every action movie where the hero visited a hitherto unmentioned ally and loads up with enough weaponry to take out an army. Boris Johnson may feel he has reached that point.

Everyone respects the leader of the free world immensely. Tweeting: “Boris Johnson is a man like me who can be TRUSTED! I back his policy of a secret military takeover of the EU and am getting Greenland,” followed by a link showing BBC Parliament’s great ratings, will make the PM invincible.

Appear on Have I Got News For You again

Going back where it all began, Boris plays an absolute blinder on the BBC show and the public and MPs alike fall in love with him all over again, pass all his bills and he marries the dragon lady from Game of Thrones.

F**k it, that’s the easy option, he’ll probably do that.

HR terms that mean you're about to get fired 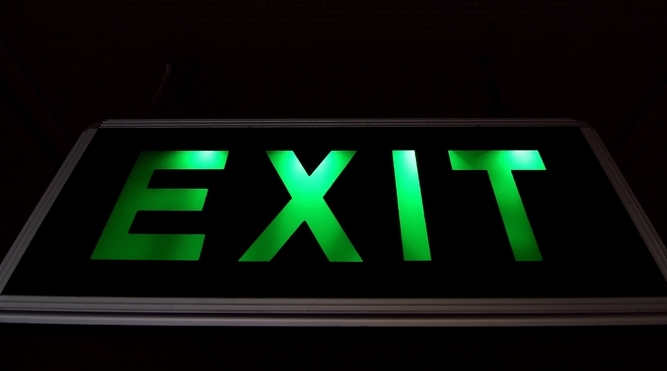 ARE you being bombarded by indecipherable corporate jargon? Check to see if you’re about to get your arse kicked out the door.

1-2-1
There are only two reasons people talk to each other in an office: to offer a cup of tea, or to give someone a bollocking. If you’ve got a fresh brew in your hand and you’re in a one-to-one meeting, chances are your time has come.

Benchmarking
This is an athletic-sounding way of saying ‘we’ve got our f**king eyes on you’. Should you hear the word ‘benchmarking’ in sentences that also contain the words ‘low performance’, and ‘highly expendable’, it’s probably time to give your LinkedIn page an update.

Gross misconduct
Remember the time you shat in the office plant pot after Janet’s birthday drinks? Yeah, well, not only did it ruin the party atmosphere, but the cleaners didn’t appreciate it either. Fingers crossed your boss doesn’t mention it when that job you found on Indeed comes sniffing for a reference.

Exit interview
Clue’s in the name with this one. If you’ve found yourself in an exit interview you either know you’re on the way out, or you’ve wandered into the wrong room. Either way, just say “constructive dismissal” and everyone should start treating you better.