1. Smeg Ultra-Wave cooker. Grows a chicken from a free range egg, kills it, plucks it, cooks it and then turns the bones into organic stock cubes.

2. Moulinex Kwang-O-Matic. If you overcook your chicken in the Ultra-Wave you just push the big black button and it reverses linear time.

5. Lumps of putrefying giraffe meat that he feeds to Ian Duncan Smith through the slot in his wooden crate.

6. Moulinex James Landale-O-Matic. Everyone in SW1, the Cotswolds and Edinburgh’s fashionable New Town has at least three.

7. Every night he uses the Ikea ShrinkRay to reduce Michael Gove to the size of a Lego man and then puts him in this tiny, stainless steel dungeon.

8. Posh, tattooed wife. Everyone in SW1, the Cotswolds and Edinburgh’s fashionable New Town has at least two. 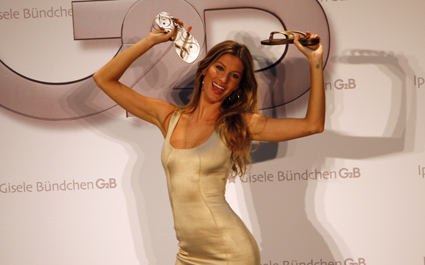 THE model Gisele is more annoying than she gets credit for, it has been claimed.

Researchers at the Institute for Studies found that the Brazilian clothes wearer is consistently very tiresome.

Professor Henry Brusker said: “When calculating annoyingness we use a unit of measurement called a Paltrow. A shy animal like a frog, which is really not annoying on any level, scores zero, whereas Paltrow herself emits a maximum 30 Paltrows.

“However Gisele is clocking in at a hefty 29 Paltrows. Why is she always pictured on sand with dogs and kids, wearing a billowy shirt with bikini bottoms? Can she not afford trousers? Does she live on a desert planet like Dune?

“If you look at the pictures closely it’s always different dogs, different kids. So contrived.

“In conclusion, fuck off.”