Why police and teachers have earned their pay freeze, by Rishi Sunak

OUR police and teachers are the backbone of society, out there on the frontlines when so many are cowering at home. That’s why I, Rishi Sunak, think they’ve earned every penny of their pay freeze.

I ask myself, what are we doing this for? We’re fighting this battle to restore the world to the place it was before Covid, which is why public sector salaries should remain exactly the same for a calm, unhurried three years.

Could you imagine how unsettling it would be if teachers had their pay cut, or worse, increased? They’d be so distracted that they wouldn’t be able to guess what GCSE results should be. Frankly our children deserve better.

A consistent pay cheque is also the foundation of our police force. If we give them more money they’ll get drunk on power, but if we reduce it by even a penny there’s a real risk they might become self-serving, corrupt liars. That must never be allowed to happen.

At the end of the day, people doing these jobs aren’t in it for the money. They work for more altruistic reasons like being undervalued by society. Showering them with cash would be an insult.

Trust me, it’s the only way to be fair to everyone. Now if you excuse me, I’m going to have a coffee from £180 Bluetooth-connected smart mug. Mmm. Tastes all the sweeter.

Do you actually like your friends? Take our quiz 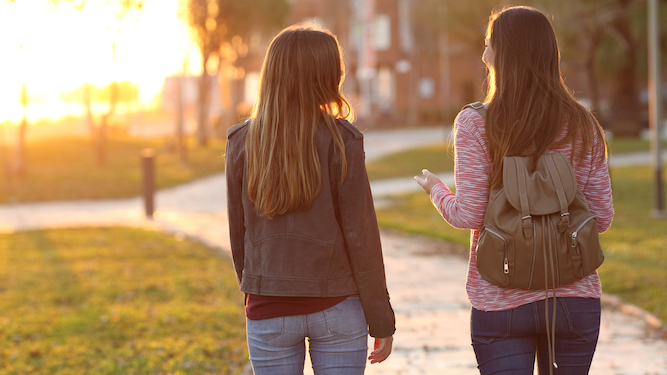 DO YOU waste time with the people you call ‘friends’ without ever asking yourself if you actually enjoy their company? Find out:

They send you a Whatsapp. What do you do?

A) Reply instantly, hoping to begin a lengthy back-and-forth that will enliven both of your days
B) Carefully avoid clicking on the message so the ticks don’t go blue and they don’t know you’re there. Suddenly remember you haven’t responded three days later and write a half-arsed message about how busy you are

They’re calling you. How do you react?

A) Stop what you’re doing and answer, even if you’re in the middle of something important, like a big work project, watching I’m A Celebrity, or having a wank
B) Mutter ‘Christ, not now,’ and let the call ring out, heavy with the knowledge you’ll have to phone them back at some point or worse still, listen to a voicemail

They suggest meeting up some time in the future. How do you react?

A) Whenever wherever for one-on-one funtimes, you can’t wait
B) Rope in as many other people as possible in the hope you’ll never manage to coordinate your diaries and if it does eventually happen, at least their company will be diluted

You’ve just been hanging out with them. What now?

Entirely by accident and not at all your fault, you’ve killed someone. Can you count on your friend to help dispose of the body?

A) Absolutely, and they’ll even make the trip to B&Q to collect the necessary supplies on your behalf
B) Yeah, but then they’ll want to hang out all the time and you won’t be able to say no because of everything they’ve done, and you might even get sent to prison together, so better to lug the body to the bath and start mixing the acid alone

Mostly As: You’ve found a kindred spirit. Keep putting in the time with them because this friendship will last until you’re old and grey.

Mostly Bs: This person is not a friend, they are an obligation. Find a suitably passive-aggressive way to eject them from your life, like moving continent and not telling them.