A WOMAN cannot decide which way to vote in the EU referendum because she fancies Jude Law but loathes Keira Knightley.

Joanna Kramer, from Stoke-on-Trent, says the letter from 250 British stars backing the Remain campaign has confused the issue because of her conflicting feelings about them.

She added: “If Paloma Faith backs staying in the EU then I’m out, because she’s an irritating tart with a well common voice. So you’d think the issue would be settled.

“But then Benedict Cumberbatch is in, and he’s lush, but then Jessie Ware’s signed and she really annoys me, though come to think of it I’ve mixed her up with Jessie J.

“Really it does come down to Law and Knightley, because he’s gorgeous even though he has gone bald and she can’t act and is nothing but a posh slag.

“What to do, what to do? I think I’ll wait and see what Adele says. She’s never led me wrong.” 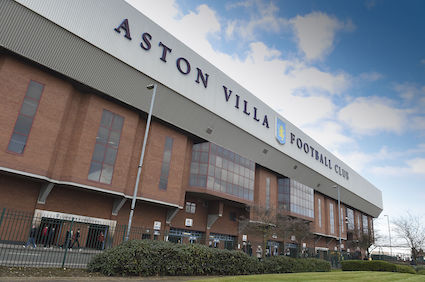 A CHINESE businessman has agreed to pay £60 million for Aston Villa because he thinks it is a large house.

Dr Tony Xia surprised many with his excitement at purchasing the newly relegated club, but it soon became clear he believed he had bought himself a luxurious holiday home.

A club spokesman said: “When he was asked about his ambitions for Villa, he talked about putting in a pool, paving over much of the playing surface and employing Gabby Agbonlahor as his gardener.

“We didn’t expect to become a second home for a Chinese billionaire, but our supporters will accept that it is a vast improvement on last season’s attempt to be a football team.”

The sale of the club has come as a massive relief to American Randy Lerner, who owned Aston Villa for eight years without ever understanding exactly what it was.