Six weeks and you can start impregnating again, Boris told

BORIS Johnson has been advised to rein in his urge to impregnate women until the general election is over.

The prime minister has been instructed to get the election ‘over the line’ in December, at which point he can drop his trousers again to his heart’s content.

A Downing Street source, who is obviously Dominic Cummings, said: “We’re asking Boris to make the supreme sacrifice and curb his bonking. It’s going to be a Herculean effort.

“He’s been champing at the bit, dying to get it done with whoever catches his fancy but so far we’ve been able to keep him in check, not least by chaining him up between the hours of 8pm and 8am.

“We’ve also been throwing cold buckets of water over him every 15 minutes, which accounts for him looking more dishevelled than usual.”

The source said the Tory election campaign was being planned to avoid any impregnation incidents, for example by not making visits to hospitals where there might be sexy nurses.

He added: “Once the election’s in the bag, Boris can get on with what he was put on this earth to do. Sleep with women briefly taken in by his superficial charm, and play at being prime minister for a bit.” 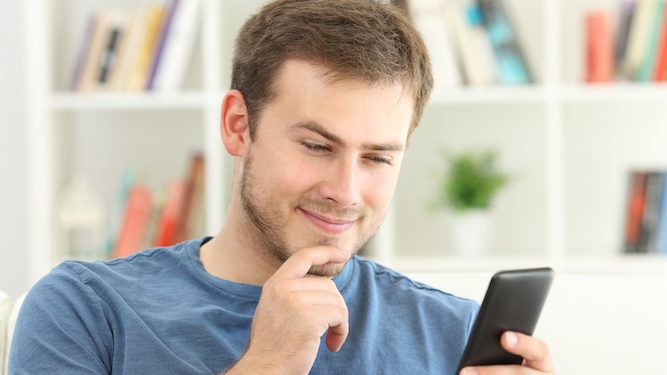 A MAN whose gender has never been in doubt is describing himself as ‘he/him’ on Twitter in a feeble attempt to impress people.

32-year-old Tom Booker feels it is important to make his preferred pronouns clear, despite never having been mistaken for a female, or ever considering changing his gender.

He also clarified that he was definitely not doing it just to appear ‘woke’ in a pathetic trendy way, or to attract a certain type of woman.

Booker said: “Some might call it tokenism, but misgendering someone can be very offensive. I don’t want to put anyone in a position where they’re not sure how I identify.

“Anyone saying that this is the worst form of pandering, or a gratuitous and embarrassing waste of energy, should spend a bit more time on Twitter and a bit less in the so-called ‘real world’.”

When asked if he would be offended if someone referred to him as ‘she’, Booker declined to comment.