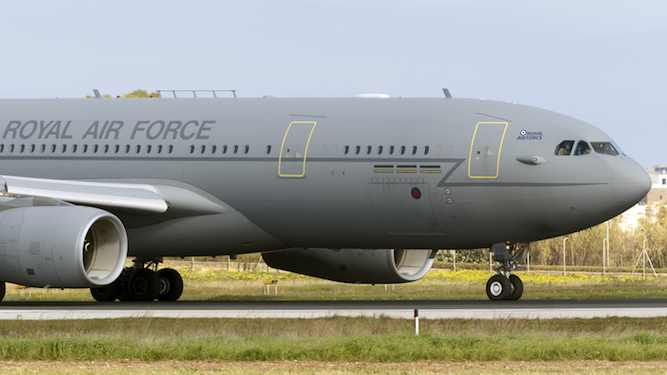 TAXPAYERS are happy to fund the paint job on Boris Johnson’s plane as long as it is a picture of a large cock and balls.

Britons confirmed they would happily pay the estimated £900,000 cost and more if the prime minister was constantly associated with a massive penis.

Martin Bishop said: “These are difficult times and I think Boris travelling on a giant penis when he visits other world leaders would lift the spirit of the nation.

“A giant cock away in the clouds is the perfect way to represent both Boris Johnson and the UK government at the moment. And possibly the people who voted for them.”

Donna Sheridan agreed: “It’s much more practical than a Union Jack. Whenever Boris lands for trade talks or EU negotiations, everyone will know what sort of person they’re dealing with.

“And of course hungry children, NHS workers and people who’ve lost their jobs have been crying out for Johnson to brighten up his plane so they’ll be over the moon.” 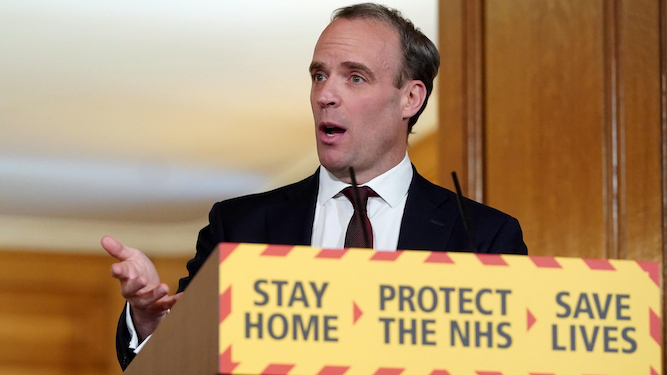 I’VE received a lot of attention for pointing out that ‘taking the knee’ was copied from Game Of Thrones. Here is my guide to where other civil rights protests stole their ideas from.

Martin Luther King’s ‘I have a dream’ speech.

Blatant rip-off of the Abba song of the same name. They went on to sing ‘I have a dream, a fantasy, to help me through reality’. But we don’t need dreams and fantasies. I prefer to live in the real world, a world currently being beaten by this government’s track and trace programme.

This stunt, I believe, was based on an old episode of On The Buses in which Olive protests to Inspector Blake when a man refuses to give up his seat to her. Rosa Parks not only stole the idea, but made it painfully politically correct, a far cry from what the On The Buses scriptwriters had intended and which airbrushes Olive out of history altogether.

We all know this civil rights leader’s gimmick was to sign off his name with a kiss but letter-writers had been doing it for centuries. And was it not Jason Donovan from our future trading partner Australia who had a worldwide hit with ‘Sealed With A Kiss’? I smell plagiarism.

If you’re going to choose a Simpsons character to base your protest march on, you could do better than Marge’s grumpy, chain-smoking sister Selma. Why not entrepreneurial convenience store owner Apu? He is an excellent role model for BAME young people.

Oh come on, did these guys seriously think no one had heard of the billion dollar-grossing Marvel mega-hit Black Panther? At least show some originality. Still, at least their costumes were different, which is more than can be said for Mahatma Gandhi’s feeble imitation of the excellent Ben Kingsley in Gandhi.