The Brexiter's guide to why lies are good

IT’S easy to criticise lying, but it’s a vital part of Brexit. Here’s six reasons why people shouldn’t get their knickers in a twist about a few blatant untruths.

The best bit of Brexit is pretending you’re a plucky Brit standing up to the EU thugs bullying us. That’s a gross distortion of reality, but it’s made a lot of gammons and pensioners happy. Do you want to ruin their fun? Typical selfish Remainer.

It’s not a lie if you cross your fingers

Even a child knows this. So if Boris Johnson had his fingers crossed whenever he said we were sending £350 million a week to the EU then he’s completely in the clear.

Lies are more fun than facts

If I say “In the modern world, lots of people work in other countries” it’s true but boring. Whereas if I say “Do you want to get conscripted into the EU army?” it’s scary and exciting. Remainers need to stop being so prejudiced against lies.

Any warning about the bad effects of Brexit that did not happen immediately is clearly a filthy lie. And lies cancel out other lies. That’s just logic, even if Leave’s lies were constant enormous whoppers like ‘Turkey is coming to live here’.

Lying means you’re not a bigot

Believing that the wicked EU makes Britain run a huge trade deficit and strangles small businesses with red tape avoids you having to admit you just dislike foreigners. So lying is actually helping to fight prejudice.

Lies are a magical journey into a world of pure imagination

Money-obsessed Remainers just talk about ‘wrecking the economy’, but we Brexiters prefer to imagine wonderfully creative scenarios like living in a 1950s-style Brexit utopia. A utopia with hanging.

Teenagers headed to music festival have no idea what awaits them 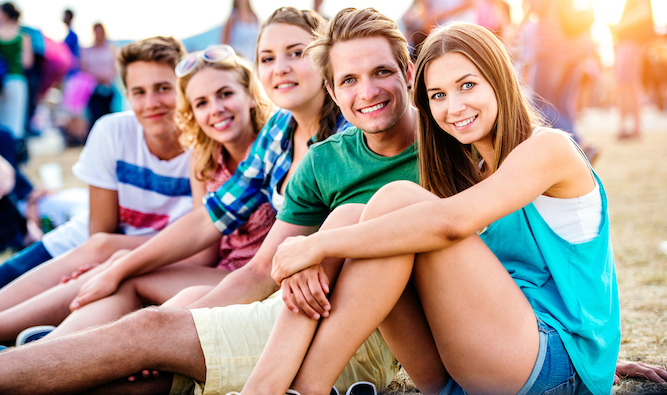 A GROUP of excitable teenagers going to a music festival are blissfully unaware of the miserable, demoralising squalor ahead.

The group of 17- to 19-year-olds, none of which had previously been to a festival or camped, were in their best clothes and chattering away as if nothing lay ahead but fun.

Onlooker Tom Logan, aged 44, said: “I expected them to have the forced grims and stoicism of conscripts being sent to war, but they betrayed no signs of horror at their grim fate.

“They seemed to have no inkling that the next 48 hours of their lives will consist of queuing for an hour for an £8 pint of Carling, being desperate to piss and pretending to enjoy The Vaccines in constant, drifting drizzle.

“One of them seemed to be hoping to meet a ‘girl’. At a festival? Covered to the waist in stinking mud, cold, coming down off bad speed, having lost all your friends and a couple of strangers already having sex in your tent? To the sound of Mumford & Sons?

“They may as well have paid £250 for a weekend at Guantanamo Bay. They’ll learn.”

19-year-old Emma Bradford, 19, said: “It’s going to be epic. We certainly won’t end up all despising each other and never speaking of this ever again.”