The tough no-nonsense timetable Britain is imposing on oligarchs

WHILE Germany and Italy impound yachts, legislation in the Commons today gives foreign miscreants a punishing timetable to follow:

JUST 30 DAYS to conclude business arrangements in the UK, hammering Putin-linked oligarchs by forcing them to accept below-market prices for their assets

JUST 90 DAYS to apply for exemption on the grounds of ‘the interests of the economic wellbeing of the UK’, a loophole no Tory MP would ever exploit to protect a mate

JUST SIX MONTHS to register UK-owned properties, hitting war-backing billionaires who now only have until mid-November to transfer deeds to a network of shell companies based in Jersey and the British Virgin Islands

JUST NINE MONTHS to get a golden passport from the Home Office, who by this same deadline will have granted a generous 300 temporary work visas to Ukranian refugees

JUST 18 MONTHS to make a substantial contribution to the UK’s future in the form of a political donation to the natural party of governemt, whoever that should be

JUST TWO YEARS for the first court case to be won against an Unexplained Wealth Order, effectively rendering every provision in this bill completely toothless and unenforcable

JUST TEN YEARS until an official enquiry into corruption at every level of British government during the period 2010-2030 is announced, the result of which not be published for reasons of state security. 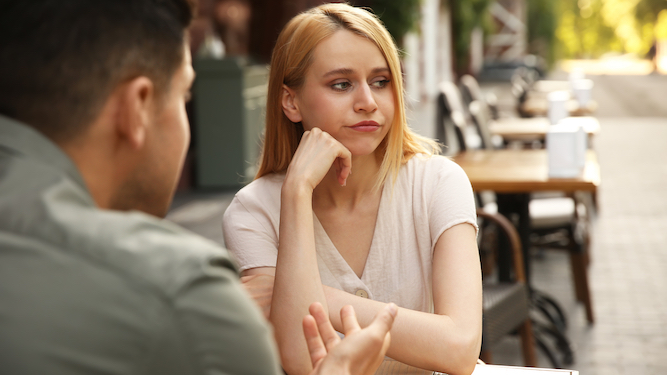 A SINGLE woman is struggling to accept that to find ‘the one’, she must first spend years of her life enduring the company of supreme twats.

Grace Wood-Morris, aged 27, has been dating since last April in the hope of finding the man she wanted to spend the rest of her life with and instead has met many men she did not want to spend a whole f**king evening with.

Sheridan said: “I’m not cynical about love at all. In fact, I’m a big romantic, and I can’t wait to fall for a man who isn’t a total and utter wanker. I just need to meet him.

“But there must be a better way than going out every week for drinks with men who lecture me about my make-up and unironically enjoy Clarkson’s Farm.

“My friend Georgia said it’s the way it is, and she has no regrets about her year-long relationship with an estate agent who took out credit cards in her name then shagged her sister. Apparently it ‘taught her a lot about herself’. I feel I can skip whatever shitshow lesson that was.

“Apparently ‘you have to kiss a lot of frogs to find your prince’. What the f**k? Why can’t the frogs stay in their nasty pond with their nasty skinny jeans and we skip straight to the prince? Might not be a fairy-tale, but saves on frogs and time.”

Oliver O’Connor, who is on a date with Wood-Morris this evening, said: “Only another 24 dickheads, arsehole and creeps after me before your soulmate, Grace! I run a sports supplements business and will make you watch MMA clips on my phone.”