A MAN is a devoted fan of American sports and nobody has the slightest idea why.

Tom Logan enthusiastically supports teams like the Chicago Pickpockets, the Alabama Fighting Hens and the Minnesota She-Devils despite having no good reason to do so.

Not only was Logan born and brought up outside Colchester, he has also never visited America and is not into other American things like line dancing bollocks.

Logan’s partner Nikki Hollis said: “Tom spends all his time on forums arguing about sports happening in a place he doesn’t live. From what I’ve seen they are also extremely boring.

“I don’t know much about sport, but I know this is ridiculous. Also if I’m going to be forced to watch American ‘football’ I wish the players would bloody get on with it and not keep stopping every 30 seconds.”

Logan said: “I love staying up until three in the morning to watch minor league baseball then having to explain why over and over again the next day.

“I particularly enjoy telling people about the incredibly complicated rules. I feel that makes me quite interesting.” 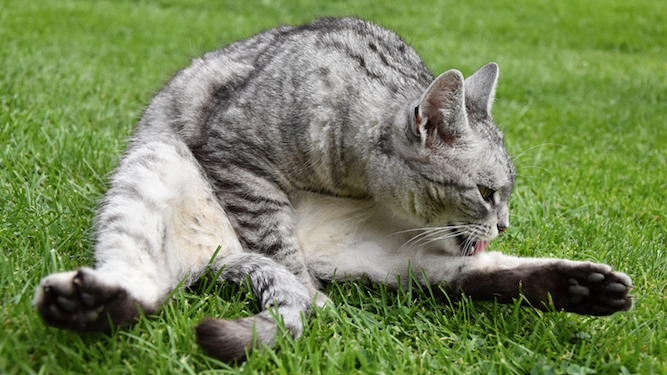 A CAT paused a vicious fight to groom itself for some reason, according to eyewitnesses.

Tabby Oscar briefly refrained from batting maniacally at rival feline Pumpkin to take the cat version of a shower.

Owner Emma Bradford said: “One minute he was kicking the shit out of the other cat, the next it was like he’d entirely forgotten where he was.

“I thought possibly Oscar was psyching him out, like ‘Yeah, gonna come at me, muthafucka?’ but then Pumpkin clocked him in the side of the head while he was licking his groin.

“Then he casually licked himself for about a minute while Pumpkin stood and watched. It’s like he really lost focus. Maybe he needs a boxing coach.”

Bradford then called time on the fight by shaking a bag of dry cat food to make Oscar come indoors and saying ‘Pshh!’ loudly at Pumpkin, causing him to flee in terror.

Oscar said: “I’m up for a rematch. I just need to get in shape by lying by the radiator indefinitely.”